Taking the bus is a vital method to travel, especially when you are  old, disabled or have too big a bump to drive.

I have never had a driving licence – I couldn’t afford it nor did I want to try when I was 16/17 and at 18 I had a head injury that removed that as a possibility. Before I was pregnant I would walk to places as much as possible as taking buses or trains would make me ill. Standing up on public transport was not an option when my health took a nose dive in November 2014 that I had everything sorted and approved for bus and rail cards for disability and priority cards.

For me these cards were not about any discounted travel but having proof that I needed a seat. Too many times had I been on a bus or train and had someone who demanded my seat because I am young or struggling to get a seat when standing will result in me getting injured or injuring others when I collaspe. Having balance issues due to a brain injury really becomes a huge problem when it comes to any form of travel but for me it is worst on buses.

Since getting pregnant my balance has gotten a lot better so I haven’t needed to get these cards renewed and in some cases have even enjoyed the ability to stand up and not pass out or fall over. As the pregnancy has progressed though standing up on a bus is not an option these days but for very different reasons. 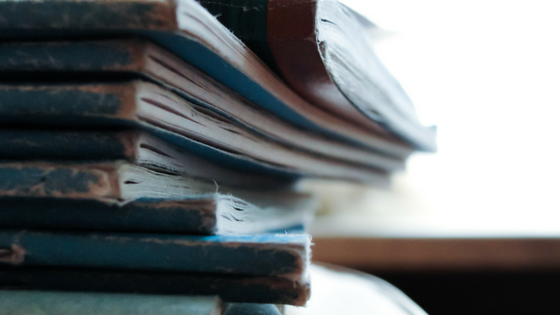 I’m still registered disabled – once bump is born there is still a big chance of my health returning back to what it was. I also have other issues that I could apply for these cards with but it has always been easier to do it under my brain injury. I am therefore registered disabled and heavily pregnant so when it comes to priority seating I should be fine to use one of those seats or feel confident enough to ask for a seat.

Despite all that I still will find myself a non-priority seat where possible – I have dealt with my fair share of abuse from old people in the past because there were no seats and felt it was OK to berate the young person sat in a priority seat before asking. I get that there are a lot of young and healthy people who take up the priority seats but the level of abuse I have gotten before being asked has put me off those seats in case I then I have to defend my spot.

In the past I have been sat in a priority seat on a full bus and despite explaining and showing my card, the 50/60 year old still decided to shout at me for sitting there. Luckily someone else gave up their seat so she could sit down else where really does stick with you.

This week it seems came the return of the spite and nasty elderly abuse as I took the bus to my physio appointment. I know that this whole experience will probably stick with me.

I got on my bus to go to the hospital and saw that it was one of the new buses with a slightly different layout. Now the priority seats were not all grouped together but in a way that makes more sense for people with disabilities with all the extra bars to help get up and out of the bus. I managed to get a seat in what would previously have been a priority seat location but was now a normal seat.

At the front of the buss and across the aisle from me are empty priority seats but they passed then pausing just in front of me. This I realised later was their cue to try and wait for me to offer up my seat so that they could sit close to each other. Now I can’t get things off the floor at the moment – my bump now makes things on the floor not exist. Despite the very warm weather, I held my bag in front of me the whole journey in front of my bump so I wouldn’t have to get it off the floor later. It also happens to cover my bump, which in my yoga clothes is another positive.

The two ladies huffed and as they passed me made sure to noticeably moan about her not giving up her seat and how rude young people were. Now everyone else on the lower ground of the bus were much older than me – I was therefore the only “young” person that they could be referring to. They both continued down the bus and sat in two seats at the back that were next to each other.

The rest of the journey I could hear them moaning away and even snippets of what they were planning to say. They really weren’t happy that I hadn’t given up my seat so that they could sit together. I just ignored it and drifted away in my head thinking about what my physio appointment had in store.

Now it turns out that all three of us were headed to the hospital so when the bus was pulling up to the hospital the ladies got up. After hearing a quip about “lets show her” and seeing it was my stop I went to get up only to be hit with the mother of all Braxton Hicks. It was so strong that it took the wind out of me and made bump kick me that despite trying to get up I couldn’t help but buckle and need to huff as I tried to get off the bus before it drove on.

I was good though as not only did the ladies get an eye full of my huge bump but saw the same pregnant lady that they were about to tell off huffing and puffing away. It made them stop in their tracks and jaws drop. It seemed they hadn’t considered that there might be a reason why I hadn’t offered up my seat so this had shattered their world.

The thing that really topped it off thought was the lady who had been sat in front of them the whole way who had heard their plans of “giving her a talking” so when she saw my huge bump and their reaction burst into laughter. It was followed by a look of concern when the Braxton Hick kicked in but I will not forget the pure joy as she saw that their evil plans were now out of the window.

Now I probably could have said something – I had after all heard them moaning about me but instead I just proudly waddled off the bus (well as much as you can while dealing with a Braxton Hick and upset bump kicking you in the gut at once). I did look back once off the bus to see a glimpse of utter disbelief and shock.

These two ladies felt they had to the right to me tell me off for not giving up a non-priority seat when there were priority seats available until they saw my huge bump. They felt like because I was young I should just give up my seat so they can sit together. There was no thought that I could possibly need a seat because I was young. I really hope that this helps them think in the future about berating someone because they feel they should have the privilege of sitting together and not consider others or possible invisible disabilities.

Dealing with having an invisible disability over the years has really sucked and I will really miss my bump for having something visible to why I need a seat. I really hope that when my bump goes that I will stay as healthy with my head as I really don’t want to ever have to return to the battle of the seats when you have an invisible disability.

Just because I look young and healthy doesn’t mean I am. Luckily for me bump has helped my health so hopefully I won’t need a seat for all journeys in the future but I just hope others don’t have to deal with this sort of behaviour.

If you need or want a seat then ask – you might find out they need it just as much as you or more so. 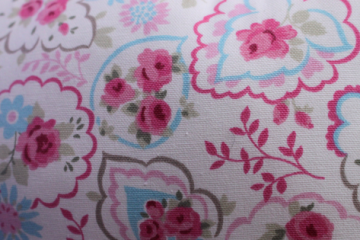 As with the rest of the world, this year has been a crazy ride. There has been so much going on with many decisions in some bid to try and work out how best to Read more…

Today has been a struggle – I have wanted to just pig out on sweets all day. Ah the joys of a monthly visit from the witch and I just want to pig out of Read more…