I will openly admit that I am neither vegan or vegetarian but I do date one – I have have seen the trouble the BF has to go through to find food he can eat with his allergy to meat! My journey with vegetarian food however started before we met – I have been a fan of using veggie sausages for the last 10 years.

When I was given the opportunity to attend Vegfest UK in Brighton I jumped at the chance! Here in one place was going to be some of the best veggie food companies showing (and selling) their wares.

Not only did I get ticket for VegFest in Brighton, but I got VIP tickets! I have never been a VIP, only an IP or someone who had helped organise the event. I got a pack two weeks before the event with loads of great information, £5 voucher for food, VIP ticket, schedule and information on where the VIP entrance was. It was so exciting going through the information and slowly I counted down the days to the exploration into the Veggie world. 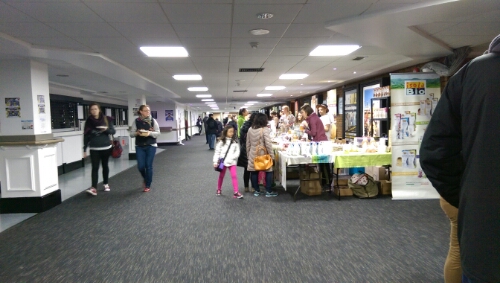 As I had a business meeting booked on Saturday, I could only go to the Sunday event so I made my way to the VIP entrance around the back of the Brighton Centre. It was scary walking through the door as I hasn’t sure if I got the right door but the wonderful staff inside were very supportive and helpful as I dug out my ticket, got my hand stamped and wondered up the stairs.

As I had taken the VIP entrance to get in I didn’t have to wait in the blustering wind in a queue and found myself upstairs. It wasn’t until later that I realised that I was on the upper level of the event as I just got lost in the stalls round me. 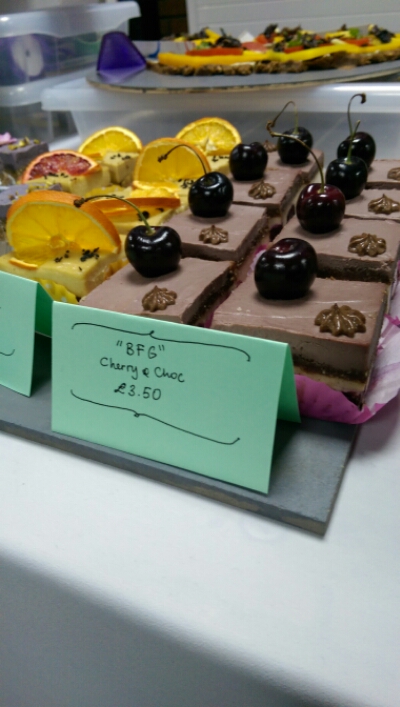 A corridor stretched out ahead of me with stalls down only one side and very few visitors – it wasn’t until later that I realised that as I had started upstairs, I was missing the heavy crowds amassing downstairs. As I had never gone to one of these events before, I was expecting a lot of food and was surprised at the array of different industries that lay in front of me – the first stall sold cruelty-free make-up followed by a table covered in the most colourful desserts I have ever seen!

It was clear that my impressions of what this event was going to be all about were shattered as I carefully studied a world free of fur, leather, meat or even animal testing. Chocolate seemed to be everywhere – from “BFG” dessert for £3.50 a slice to free tasters of chocolate sauce but testers of handwash, cheese and crackers were available just in the first few corridors I explored.

Finally I made my way through some double doors and there was what could only be described as a heaven for hungry veggies – all around was food and drink stalls with their cooking food filling the room with a mix of flavours so strong that you could practically taste from the air.

It was amazing the range of food available – from tiny delicate (yet expensive) finger food to amazing cider brandy (which I did have to buy!) As I managed to arrive in this food hall early on I was able to get see what every company had to offer – something that was not possible at all when I visited mid way through the day. The drinks available were just as colourful as the food, with a cute lemonade stall (powered by solar panels!) sat next to an impressive bar with an array of beers and ales available to try. 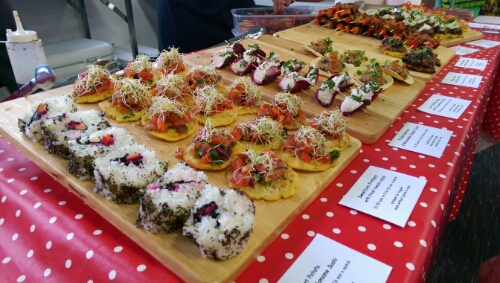 The layout of the food hall lead directly into a massive hall – I am not ashamed to say that I was too lost in a veggie bites before I realised the enormous number of stalls that lay ahead but when it did I had to stop for a second. This was the moment I really understood the size of this event and why many people attend across two days.

When I first made my way into the main hall, it was quite and I could easily reach each stalls but as more people made their way upstairs it got busier and busier until it was hard to move in any direction. 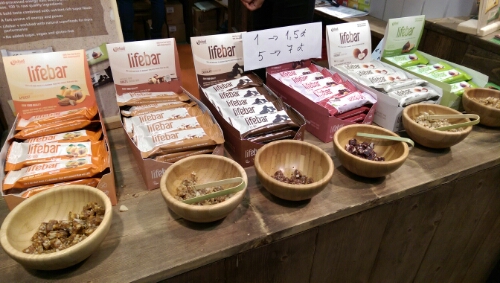 It was in this hall that the culture of vegan and veggies came through – there were so many non-food organisations selling magazines, faux-leather shoes, washing machine products, make-up, or raising awareness of a cause.

I got lost for hours tasting as much as possible and seeing what every stall had to offer but sometimes this was not possible – Ms Cupcake had sold out of everything by noon! 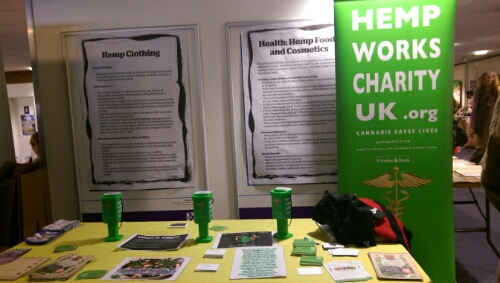 After finally exploring all of the stalls upstairs I finally made my way down one of the many staircases to what I thought would only be yet more stalls but it was here that lots of rooms were set out for talks, displays, performances and even a cinema. Half of the stalls I had left to explore were also part of a sub-festival called Hempfest. It was here that people openly spoke about the benefits of using hemp for clothing, building resources and health reasons. The pillars were dressed with informative posters while a man spoke passionately about his opinion on the legalisation of hemp in all its forms across the UK to a crowd as I explored this mini festival.

The green and brown colours through finally gave way to the colourful stalls of the Vegfest again as I found my way to the cinema area. At first I was convinced that I would sit and watch one of the short films but then music to my left started to play. Two yoga gear clad individuals walked into a circle made from leaflets and started what I can only explain a mix of horizontal gymnastics and ballet. All attention was drawn to these talented individuals even as the performance came to an end after 4 minutes. This for me ended Vegfest on an extraordinary high – showing the array available at the Vegfest event. Luckily I managed to film most of it so you can watch this awesome display below!

So what did I learn from Vegfest UK? There is more to the veggie and vegan culture than just food, that there are loads of vegan chocolate companies and vegan pastries sell out really quickly! There is more than food at this event and I can’t wait to go again next year!

There was so much at the event that I have written individual posts about food, causes and home items. There were so many chocolate products and stalls that I have created a chocolate blog too! Check these out over the next week to find out what company makes the best veggie chocolate (and which one to avoid) as well as what is my new favourite olive oil and shampoo.

Have you ever been to a veggie festival? What is your favourite food festival or event?

VegFest looks great! Will definitely have to go next time it’s in town 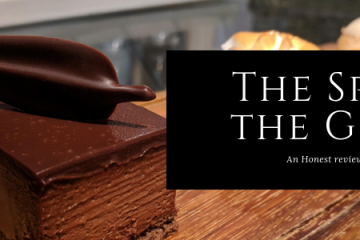