So it is already striding into March 2015 and the winter months are falling away – but this is February had the perfect theme of ‘Winter’.

Personally I love winter as it means rain, hot chocolate, snow and hot water bottles – all things that are amazing! It is also the only time I actually enjoy wearing socks – the rest of the year it always is too warm. Winter also often utterly changes the countryside and parks giving them a sinister, creepy or cold appearance. Then there are those days filled of sun and the shadows dance around, while the colours seem more vivid against the sombre background.

Part of the ‘Lil Hoohaa photo challenge, the task was to take 5 photos and blog about them at the end of the month. For me this month was so difficult as there were so many amazing sights from the snow and frost that dusted Brighton one morning in early February.

Winter seems to transform the world somehow – coating the world in a shimmering layer of snow or freezing the tracks of wild animals in mud.

Early on the 6th February, Brighton glittered with snow and frost. The playgrounds were empty and other than tracked by the swings, the rest of the park seemed untouched. I loved the textures that the snow created on the roundabout as the rough rubber-like substance created such a contrast to the white soft snow. 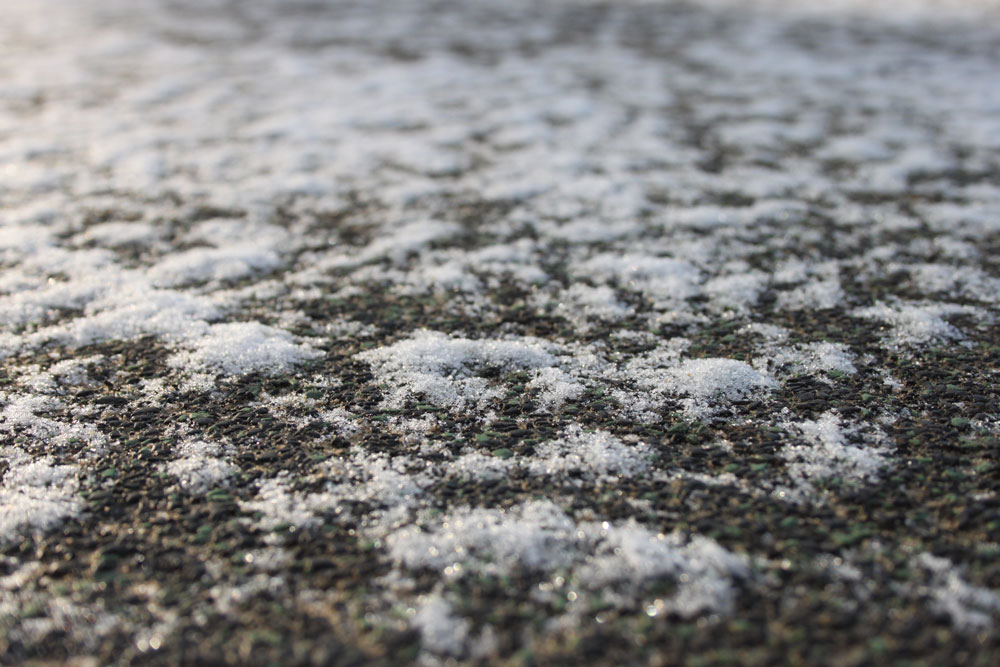 The world around me seemed to have transformed but it was this day that I decided to final explore Preston Park and its Rock Garden. The walled gardens seemed like something out of the 80’s classic Labyrinth with the leafless branches and long grasses stopped by stone paths. When the sun shone bright, sharp shadows dances across the floor. If it wasn’t for the dramatic dash of greens it would have been almost depressing or scary but instead it just made all the different greens vivid. 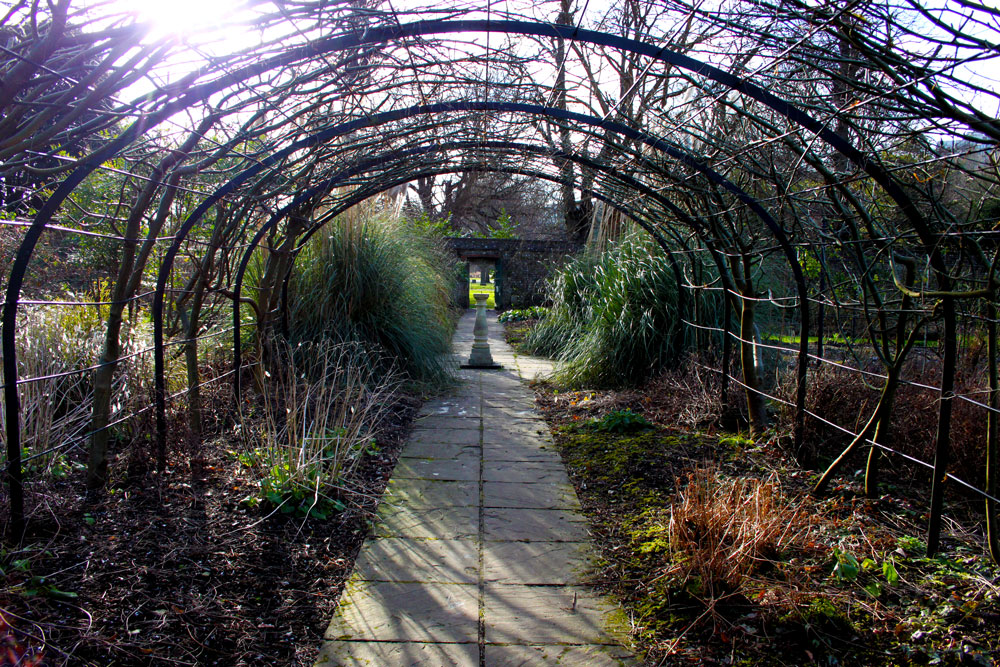 My favourite place though during the cold snapped morning was the rock garden – whether it was hopping across the large stepping stones or trekking up through the muddy paths while the birds sang all around.

The large pond was completely frozen over and the ice was over 1cm thick in most places. Shattered ice graced this pond as fellow explorers ahead were experimenting and photographing the effect. 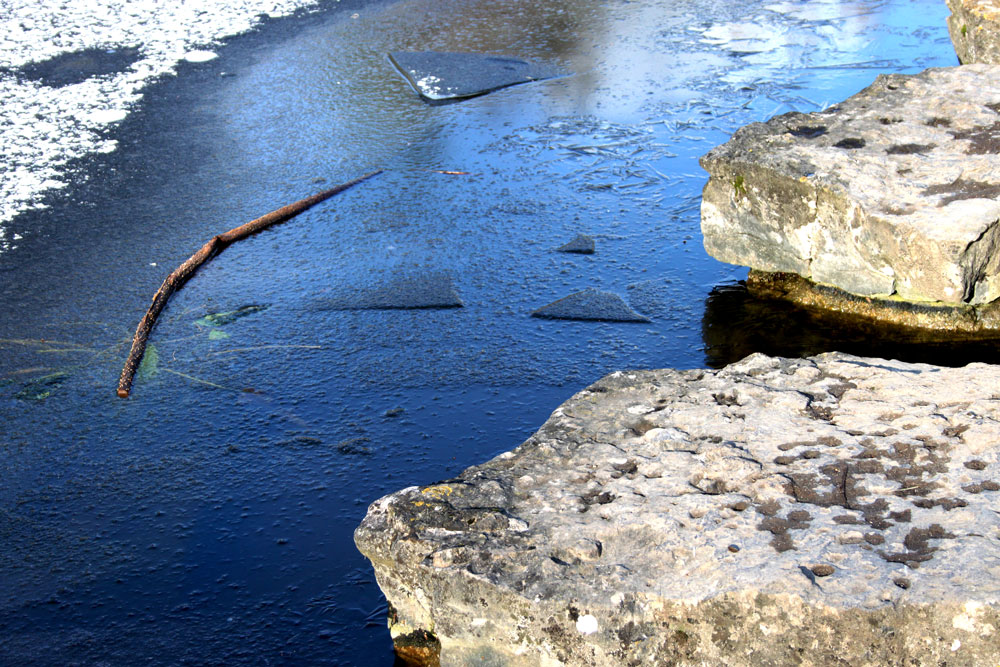 Where others before them had done the same, twigs and lumps of ice scattered across the pond showing the exploitative nature of the human race. Winter seems to capture this exploration unlike the other season of the year as this photo shows – someone’s experiments using a stick and ice was frozen back into the pond. 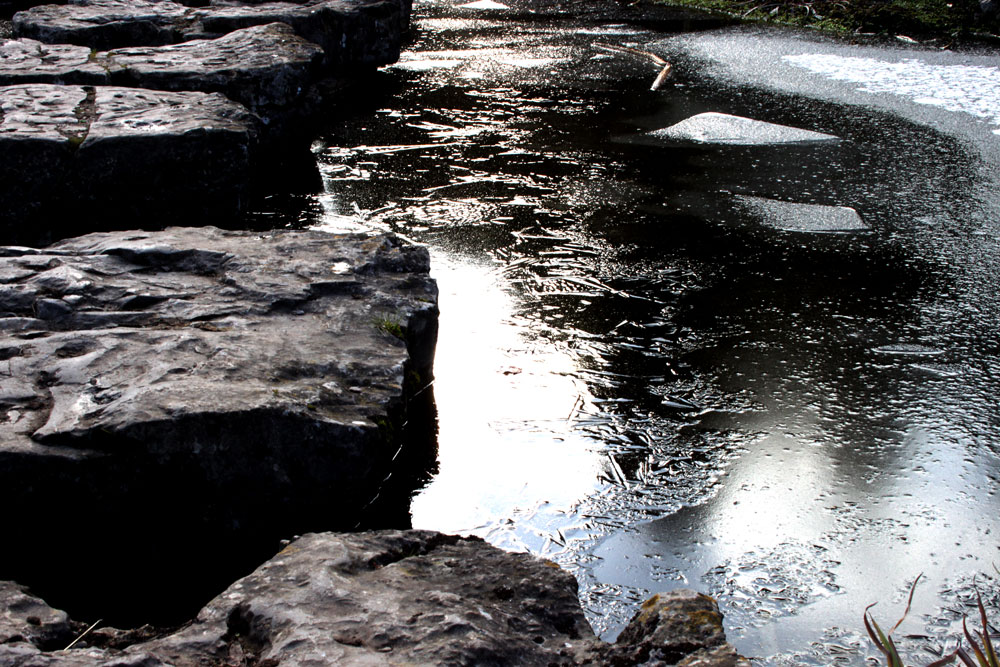 Around the stones though the ice was thinner with beautiful crystallised patterns. I love these patterns and shapes created – another reason I love Winter as it is the only time of the year you will get to see this effect grace lakes, ponds, puddles and rivers.

While many people just think or see the dank and dark views of winter – whether it is because they are caught inside with work/school or because of thick snow throughout the winter months where they live – there is still so much greenery even in February. High up in Preston Park’s Rock Garden is an explosion of life, even as the snow is sprinkled along its paths. The mud, in the cold weather, had frozen solid including the prints of the local wild life. It was wonderful to see this, while surrounded with green grass and leafs, and showed the vivid life around all times of the year. 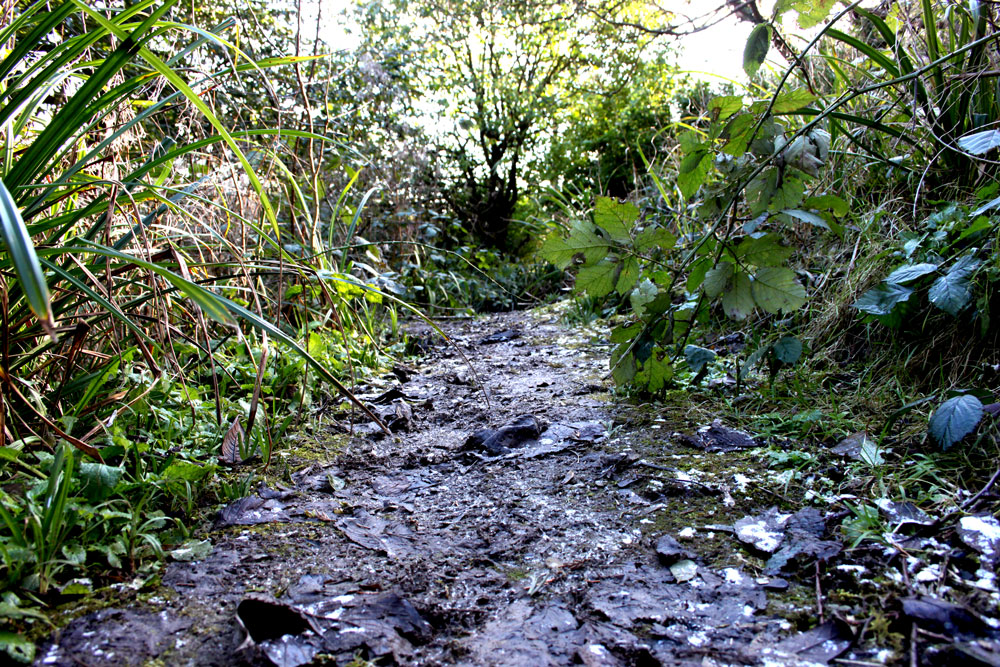 For me, while I love Winter, I can’t wait for what lies ahead photographically in the fast coming spring and summer months!

What do you think about winter? What has been your favourite winter themed photos? What are you hoping to photograph in March?

I must admit, winter is my least favorite season. Yes, it can be pretty, but it doesn’t last long. It’s just plain cold and miserable many days. There really isn’t any green anywhere all winter long. Even the evergreens look drab and not green.

The different phases of a creek or lake freezing are fascinating. And yes, quite pretty. 🙂

I am looking forward to taking photos of new flowers popping up out of the ground.

Followed the post from a coomunity on Google + intrigued by the mention of ‘challenge’! I have just completed my first one.
Gorgeous Photography. Pinned a couple of them too 🙂
Would you recommend watermarking pictures on a blog?

Hello Anupama, thanks! And yes I would normally suggest watermarking photos but I am currently working on branding behind the scenes which will be applied on future photos. It is hard though getting the balance of watermarking and people being able to enjoy the photo.

I don’t really like winter but you made it look beautiful! 🙂

I like the way you have equal emphasis on the blogging and photo parts of the this challenge. So much green against the snow and ice. We get the snow and ice, but usually the vegetation is brown and dead looking, as it’s hibernating until spring. Like you, I find the various layers of ice and different ice crystal formations quite fascinating. Yes, the cold and mess can be tiresome, but when you think about the fact that winter only lasts a relatively short while, I find that motivates me to get out and about to search for things uniquely winter. Thanks for showcasing your part of the world at this time of year.

Nice shots! I like the first pic the most I think. Good depth of field and a simple, focused shot. It’s cool to see all the frozen water shots too. 🙂

These are all amazing. I tried to get a few ice shots but none of them were post-worthy. Yours turned out perfectly. My FAVORITE is the first one. I could almost feel and hear the softness and quiet of the snow. Just so beautiful.

I’m very lucky in that our winters are very mild compared to most everywhere else. Your fourth shot of the water with the thinner ice I really liked. It almost has an abstract quality about it.

Yea we are lucky here too with mild winters. Thanks! I loved that shot too 🙂

Looks like a very unique area. Very nice selection of shots to depict winter. Love the frozen pieces of ice in the stream and the black and white processing. The perspective on your first shot is wonderful.

Ironically I’m not much a fan of processing but that was just how black and white it was around there! I think that is what I loved about that photo because it just shows how winter can feel like a void of colour sometimes.

I also like winter — to a point. I’m a fan of it arriving in December, giving us a white Christmas and then starting to disappear in January. This winter has been brutal for my area. In fact, Christmas is the last time I truly remember seeing grass!

That being said, I like your choices for photos this month. That first one is really nice. I like the icy waters, too. Really gives you a feel of winter!