This week is a huge milestone as it is only 100 days until my due date and has been a hectic week of appointments too!

I am not sure how pregnant ladies with a full time job manage all these appointments – this week I have had four different pregnancy related appointments! As I am quite flexible I’m always honest when they are giving me appointments so that they can save the beginning or end of the day appointments for those who need them the most – plus I can waddle there in my own time.

The first appointment was with the physio. Since getting pregnant I have been struggling with really bad hip pain and shoulder pain so a few months ago I was referred to a physio to see if there was anything that could be done to help. The pregnancy pillow that I purchased back in January has really helped with the pain but it has still be getting slowly worse so this was a much needed appointment. The appointment started fine – standing up I was asked to do certain movements and prodded and poked to find what the problem was. Over the years with all the chiros and physios that I have seen for my back and wrist so I’m used to this and explaining what causes pain or stretching. Now I have not been sleeping on or laying on my back since I found out I was pregnant so I wasn’t aware just how bad my hip was. It came to halfway through my appointment and I was instructed to lie on my back on the table

“Don’t worry this won’t take long and we’ll boost up your back a little to stop any issue – tell me though if your legs go numb” I was told as I swaddled into position.

I lay there and then she lifted my legs only for searing pain to go across my hips. Quickly I was sat up but it was too late as I was in floods of tears. Up until that point the physio had been talking about how flexible and healthy my back seemed – this went out the window though as she rushed to get me tissues and a drink. My appointment was over as I was in so much pain. I left there without any exercises but I did have the biggest tuby grip I have ever seen to give my hip support that would also fit over my bump.

Next appointment was with the Dietitian all the way in Hanover. After my last emotional appointment, where she was the one that helped me with my midwife and eating issues, it was so calm. I finally put on some weight, not much but it is a start in the right direction. She was so happy to hear about how her advice had helped me across my while pregnancy than just in terms of food. 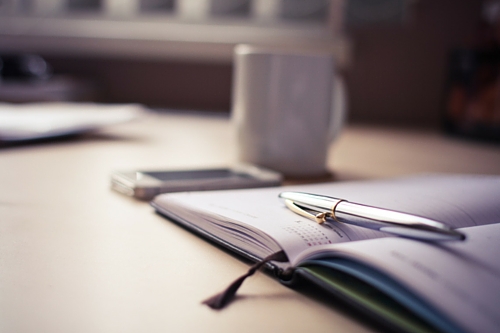 Third appointment was with my midwife – for me this was an important one as this was going to be my final midwife and would hopefully be a lot more helpful than my last. She was one of the original ladies I met back in December and perfect; she answered all my questions and helped with any worries that I had. On top of feeling really happy (finally) with my midwife, she told me that she wanted to measure the baby so I would need to get up on the bed. After what happened at the physio I was really nervous about the pain yet she was very open how she would stop if I was in pain and do everything to help me feel comfortable. Up went my top and down rolled my skirt and tuby grip to expose my stomach to the world complete with stretch marks.

When we went for the Ultrasound it was obvious how they measured the baby’s size – they could see it, so when she said about measuring the baby I wondered how she was going to do this without ultrasound equipment. Turns out that they feel your bump and work out where they are and measure with tape. Who knew! It was interesting as she handled my bump and while firm it didn’t hurt at all. I really did have an great midwife who seemed to know her stuff. Turns out that I have a big baby – she is in the 90th percentile currently for her size. With me and BF being very short but the rest of our family being very tall it was a bit of a shock – the midwife was really great though by saying that babies go through growth spurts at different times so she will probably return to an average size before too long.

I thought that was it but she then pulled out a device and pronounced she now needed to check her heartbeat and prodded my stomach with it. The weirdest noises came out from the part in her hand and she exclaimed “Wow she is moving around a lot in there!” After a minute or two of her almost battling with my little monkey she finally managed to get her to settle (I had to talk softly to her to calm her which was weird!) and then the noise changed to a fast rhythm coming out loud and clear. The midwife’s face broke into a grin (mine did too probably but I couldn’t see it) and she announced how strong and good her heartbeat was. It wasn’t long until she moved again though and the heart beat noise was gone.

Hearing a babies heartbeat for the first time is an amazing experience – it is really different from seeing a little flashing light on an ultrasound. It might be anytime that you hear or see little one when pregnant that it is exciting and relaxing as you know that they are OK in there. Hearing that pounding and shuffling was so sweet as you are left using your imagination to what is going on. It was a shame that BF wasn’t there but hopefully he’ll get to hear it next time as I’ll have my phone handy to record it.

It seemed to make sense that this week was busy with appointments – on the Saturday it was finally only 100 days until my due date! Pregnancy seems to be full of milestones; I don’t think I have been celebrating so many big milestones within such a short period of time though most involve a very obvious thing or start that you can’t miss it. Using the BabyCentre app I have been keeping a track of how many weeks and days pregnant I am and so the week before when it reached 110 I worked out when 100 days was going to be and put it in my calendar. Unless you track it with an app or diary, celebrating number of days to go is a lot harder. With it firmly in my diary I wasn’t missing this one. There wasn’t a set way to celebrate but it was nice giggling with BF about how far and close the due date was getting. A lot can happen in 100 days which is why there are always reports about the first 100 days of prime ministers and presidents.

So now we are in double figures… this are slowly getting closer and closer, while my bump is getting bigger and bigger! It really is an exciting time and hopefully the last 100 days will be less eventful and more fun than the last 100!

Did you celebrate 100 days or hitting double figures? Are you constantly busy with pregnancy appointments? Have you had to go to a physio or dietitian during your pregnancy? Leave a comment below as I would love to hear from you!