Published by Annabelle on September 22, 2015

Another week so another bake. This weekly challenge of baking something for Silver Mushroom has really become so much fun. Last week’s episode of bake-off was all about Victorian recipes so I had to try and hunt down a period recipe – who better to turn to than  Mrs Beeton.

As I date a veggie a lot of the bakes with animal fats or meat were out of the window so after a lot of hunting (and a failed pumpkin pie) I finally found the perfect recipe – Bakewell Pudding! Most people have heard or eaten Bakewell tarts but never the pudding variation so this would be a great bake. It was actually really easy and other than a long bake it was actually really quick to make this yummy dish.

To make this you will need: 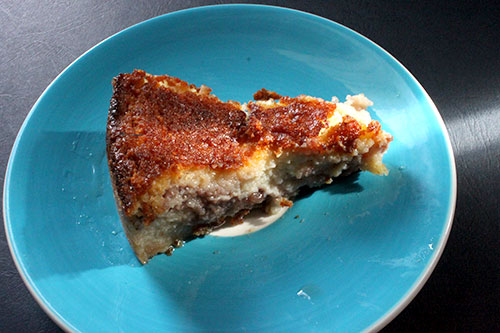 First preheat the oven to 180 and butter your dish (little cake tins won’t do – you need a deep 9″ tin that won’t leak). Layer the base of the tin with the breadcrumbs and then cover with a layer of jam – this will be the most frustrating part unless you use a lot so be prepared to use almost a whole jar of jam!

Now the original recipe it wasn’t very clear on the order to mix the ingredients for the batter so to make the next part mix the sugar and butter until it is light and creamy, then mix in the ground almonds and eggs until it is nice smooth consistency. Continue mixing as you slowly add in the milk until you get a very light batter.

Pour the batter on top of the jam and breadcrumbs and then put in the oven for an hour then serve. I said it was easy!

Now I had the temperature at 200 for the first 30 minutes (bad mistake!) as the original direction was “moderate” and I had no clue what that meant and ended up turning it down but the damage was done – it has a slightly dark (but not burnt) top.

I’m still proud though of how this recipe came out – it is so yummy and I really want to try it again. I wish I had better photos of it but BF was a little haphazard when serving (plus the browned top). Don’t let look put you off though – this is like a sweet yorkshire pudding, crossed with cake and bread with a layer of yummy jam.

Will you try making this? Do you have a favourite Victorian recipe? Have you tried a Mrs Beeton recipe before? I would love to hear so make sure that you leave a comment below! 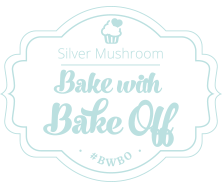 I hate chocolate so the Chocolate week of Bake off wasn’t exactly delicious sounding. As I am taking part in Bake with Bake off by the Silver Mushroom, I had to put forward a chocolate Read more…