Ah the joys of the BBC – they really do make some incredible shows. This weekend I have been dog sitting so my normal dependence on Netflix is not really possible but no worries as I have been enjoying the delights of catching up on BBC programmes.

On Friday I came across The Scandalous Lady W, a programme that had only just aired a day or two before with Game of Thrones and Hunger Games star Natalie Dormer in dressed in a beautiful Georgian dress in the thumbnail image. I love Game of Thrones and with Natalie finding a lot of success in other movies I thought that this was going to be an interesting. I will admit that I have a soft spot for Georgian dramas – most people seem to think that they are due but as this drama was going to be quick to prove this was scandalously interesting. As I felt promoted to watch this I passed reading the description and just dived in only to be promoted with a warning about the “sexual” topics covered. As this is the BBC it will be tastefully done but it turns out that this would be all about the biggest sex scandal of the time.

Today we still have many feminists still fighting that equality has not been achieved, this drama highlights the vast improvements achieved. The premise of this true story is that women were then seen as property. That is right, women were subjected to doing their husbands will and if they had proof that someone had shagged their wife that they could get compensation for “damages” through the courts.

While I will not spoil this very layered story which jumps constantly throughout the whole timeline darting from the last time Lord and Lady Worsley see each other to her scandalous affair back to the first time that she met her husband. At first it seems confusing as she calls two very different men her husband – 10 minutes in though it starts to make sense. This story is so complex and the approach gives the audience a great way of feeling how the nation did as it unfolded.

I must say that Natalie’s portrayal of Lady Worsley starts very much like that of her Margaery from Game of Thrones as she plays a rich aristocrat devoted to making her new husband happy. I know that Margaery’s character is complex – she knows to maintain a lovable edge at all times as her popularity allows her the ability to achieve her goals and ambitions. Her take on Lady Worsley starts like Margaery – scarily so that I worried she was being type cast and then slowly before you know it she has become this defiant, strong and compelling character that is determined to control her life. By the halfway point I was drawn to her and so was everyone else – again this has been so cleverly crafted.

The others cast for this drama are also fantastic – Shaun Evans does an equally incredible job at showing the deep development of Lord Worsley from a Prince Charming like character to an almost sickening abusive man who has lost everything. The format makes you feel sympathetic towards him in the opening scenes as Lady Worsley has run off with another man and really based on the laws of the land at the time he was technically in his right in how he treated her. He was after all obsessed and in love with her but I think this interpretation of the story paints him highly manipulative and power hungry that could be to drive the point of the complexities (and horrors) of owning the person you love. 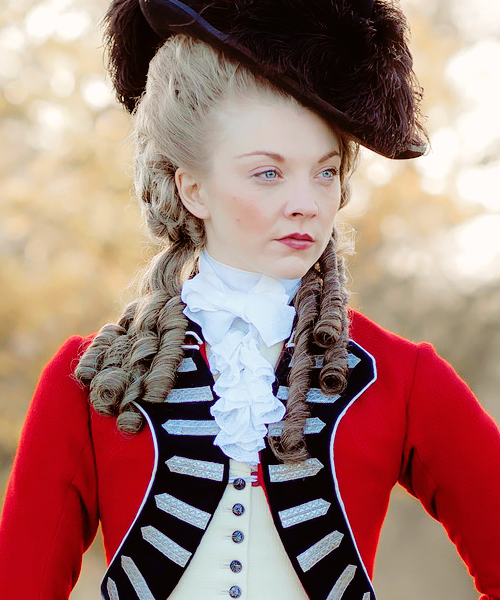 Evan’s and Dormer’s opposing casting makes its a vividly interesting drama but mixed with the incredible sets and costumes just elevates it further. The first scene is in an ornate bright white room with Dormer’s red outfit standing out highlighting her conflict from where we find is her property (which due to the laws at the time she was unable to own). Every single one of Lady Worsleys outfits has been gracefully and thoughtfully planned providing an idea of where in the storyline each scene is at as her outfits go from elegant yet pale and floral to bold and striking. Each outfit really does denote her journey from shy and reserved to an outspoken lady who wanted her freedom from an abusive life.

This really was a delight that I think will be seared into my mind as an outstanding success that I can’t wait to watch again. I think it will not be as shocking or powerful as the original viewing but I still feel that the storyline, acting, costumes and sets will still make it an overwhelming treat. I would definitely recommend this to watch, especially those who love period dramas. I know that while BF may have complained at first over this being put on but with this fast paced and highly sexed take on the true story that most partners will silently enjoy.

Without spoiling the storyline it really does highlight the terrible abuse and unfair laws that women endured at the time as well as the sex story that shocked the nation. Everything that Lord Worsley did was lawful and yet it was a cornerstone moment where opinion did start to shift in woman rights. Even now this story is shocking and interesting and the BBC has done such an amazing job at bringing it to life.

It is a 10/10 – though with the very sexual nature of the storyline and need for certain visualisation of the sordid abuse women had to endure when they were considered property this is definitely for an mature audience.

Bravo BBC for something that I am surprised was not released as a film – it is certainly one of the best dramas I have seen in a while. It is pieces like this that prove we need to protect it so please sign a petition to stop the cuts.

Rugby World Cup is upon us and this first weekend of matches has been captivating – from the “earth shattered” opening followed by a heart stopping win for England, Japan’s shocking win over the current Read more…