Aches and pains come with Pregnancy – often it can get so bad though that you need a bit of help from a physio or chiropractic therapist.

Back in January I was referred to the physio department for two issues – a hip pain that had only been an issue since the pregnancy and an ongoing wrist and shoulder issue that got worse with the pregnancy. It took a while before I finally got a referral but I finally managed to get an appointment with them.

The hip issue turns out to be a common pregnancy issue and one that my pregnancy yoga lessons with LushTums was doing a far better job at resolving so by my third appointment they discharged me. Getting an assessment appointment though with the wrist specialist took longer but finally I did get assessed.

My first appointment the physio did an assessment with me standing and couldn’t find anything but at the second one she laid me down and quickly found that there were a lot of issues. It turns out that the rest of my back and neck are hyper flexible to compensate for the restriction and issues in my right shoulder. When I stand up my whole back is able to compensate and allow full, even great movement with little or no pain but as soon as I lay down it is a different story.

When the rest of my back is unable to compensate I had almost no movement without incredible pain. This is probably why the pain in my arm was so bad when I woke up – I had kept my back immobilised laying down for long periods of time. Pregnancy hadn’t helped, with certain hormones causing havoc with my muscles and things so unsurprisingly it got worse as the pregnancy progressed.

Once she had realised this, the physio had given me a couple of exercises to help and sent me away to come back. My third appointment though was when she realised something, the exercises which would normally help when paired with the pregnancy hormones were just making it worse. In fact the more she tried to assess and correct issues the worse things got so by my third appointment I was wincing in pain every few minutes from very simple movements.

Sometimes it turns out that intervention is the worst thing you can do – in this case intervention was a no go. The pregnancy was just making things worse and confusing so there was no option but to wait until bump has arrived before she could continue with anything. 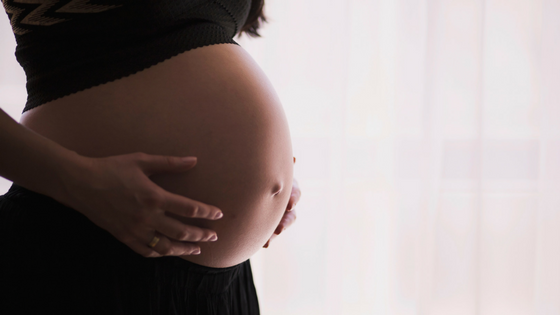 She could have stopped there but the physio was amazing – she gave me some amazing advice; rest up, don’t do any exercises and request to be taught everything left handed. The first two weren’t a surprise but the last one was something I hadn’t thought about. Basically she told me how most of the time midwives and other maternity related staff with teach most people everything right handed unless you state openly that you are left handed.

As someone who is ambidextrous I never have an issue with what hand people teach me things. I write mainly with my right but there are a lot of things that I do with my left – usually those things that involve lifting or other physically pushing work. I am one of the few people who belays left handed for this reason or used to swap the hand I held a tennis racket mid point depending on the type of swing I wanted or needed – my physio knew this as she went to assess me doing various things.

She made it clear that the types of movement required for normal right handed holds would trigger pain so to make sure to be vocal to learn things left handed – she also suggested having it in my birth plan and notes. It makes sense after she suggested it but with out her advice I never would have considered it.

So while this will be the last physio appointment that I will have before bump arrives, it did really leave a lasting impression. There are some amazing people in the NHS who will give you amazing advice based on all their experience. I left there feeling so grateful – even before when she couldn’t find an issue she had continued looking and then even when temporarily discharging me still took the time to give me advice that would make a huge difference. It may be a while before I see her again but I know when I do that she will go above and beyond so I know she will help me when others have just given up.

Have you come across any medical staff that have gone above and beyond to help you? Did you have any arm or shoulder issues? Did you get any physio treatment during your pregnancy? Leave a comment below as I would love to hear from you!