28 weeks for a pregnant lady with a starting BMI of 30 can only mean one thing – the start of the third trimester and the second glucose blood test.

In my first midwife appointment I found out rather than doing the normal glucose test, which involves drinking a bottle of lucozade an hour before having your blood taken, I would need to do a full glucose test twice. The full test involves fasting for 12 hours, having your blood taken, drinking some weird glucose drink, waiting 2 hours and then having a second lot of blood tests.

Now I had one already early on around 16 weeks so I knew what to expect. Fasting for over 14 hours (when you add on the two hours between blood tests) and the joy of being stuck with a needle 2 times in 2 hours is not fun.

Food has been an issue throughout the pregnancy for me – I have had to eat very little and often to stop nausea being hellish but this has gotten worse since last time. My last appointment had been booked by the midwife so she had made sure it was on a Saturday so that BF could come and keep me company – this time it was automatically booked so I would be going alone. These two aspects made me really worry about the pending appointment. 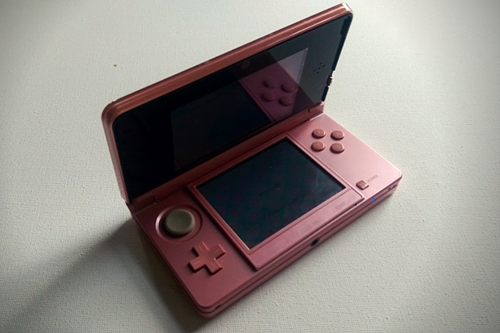 Lucky for me I have found how filling a portion of egg fried rice could be recently. With an 8am appointment booked and BF commuting back from London so due home at 8pm, I had to plan out food carefully. I didn’t want to cook something at 9pm that I would need tasting or would make me hungry – he was happy with my plan though as it involved him ordering Papa John’s.

I had alarms set at 7 and 7.50 to ensure that I would start cooking and eat in time before the dreaded 8pm deadline. This was such a good idea or I would have struggled to cook and eat in time. Yes, I forgot so the alarms really helped.

With egg friend rice cooked and eaten just in time all I could have now was small sips of water. I often work on automatic so using a climbing sling and screwgate carabiner I tied up the cupboard so I wouldn’t be able to open it in when half asleep. I also hid easy to grab snackable items in the fridge at the back or hidden. Once BF had food sorted it was easier just to try and curl up and sleep.

For once I slept through the night – I think keeping my fluid in take mixed with the very filling dinner made this possible but going for a long walk helped too. With BF’s 6.30am alarm, I was awake early enough to help him get up and ready before heading to the bus stop with him to take the bus across town for my appointment.

The Royal Sussex County Hospital has a load of building works going on at the moment so I finally managed to navigate the hospital to get to  the maternity ward in time for my appointment. At 8am it was completely empty so I had to wait until a member of staff turned up.

It wasn’t long until I was called up for my first blood test. The staff were slowly arriving and I had a young nurse who was going to be managing my glucose test. As with any time that I have to deal with needles I was open about how I had to not see the needle at all and not to know when they were going to jab me.

I wish she had kept her promise but nope… she warned me just before she was going to put the needle in. I of course tensed and this made it super painful.

At 28 weeks, whether or not you have a BMI over 30, you have to have a round of blood tests to check on various things like iron levels so with the first glucose blood test, I also had the standard 28 weeks blood test taken so I had to be jabbed one less times with a needle.

Blood taken and a cotton ball taped to my arm it was time to head back to the waiting room and occupy myself for the next two hours. The first time I had BF to keep me company so we watched episodes of Eggheads downloaded from the BBC iPlayer app. This time I was all alone so had a book and my DS. I think actively playing a Zelda game made time really fly.

Others around me seemed to be struggling though as the waiting room filled up. You could hear and sense the boredom and frustration coming from them. They would try reading, talking and walking around the room.

It seems that having something that you actively have to engage with helps pass time much faster. Eggheads had helped time fly as we had been discussing and guessing the answers. My DS had helped me focus and enjoy the time even as I sat there alone.

Not everyone has a handheld console or likes games and quizzes but there was one lady passing the time happily knitting away. If you know that you have to wait for 2 hours between blood tests, I really would suggest finding something to actively do.

With the two hours over I was called back and returned to the room for my final blood test. Again with the same lady I asked to not know when she was going to stick me with the needle and again she agreed only a minute later to warn me. Yeap, she was really not the brightest spark.

It was however finally over! After 14 hours I could finally eat again so pulled out my pre-packed snacks before heading back home to engulf some filling food.

As my blood test was on a Friday this time, I only had to wait a day for the results – last time I had to wait two days due to no results on a Sunday. Great news – my blood test came back clear so I don’t have fetus betus! Now more sugar related blood tests now for me. The results actually came back really good so I wasn’t even close to having any issues. My 28 weeks blood tests came back normal too!

It was another test done and another milestone as I entered into the third trimester with a clean bill of health.

Did you have to have the full glucose test? How did you pass the time? Did you have the normal test? I would love to hear from you so leave a comment below.