There are a lot of things that they never tell you about being pregnant – one of them is just how many times you might have to have blood tests.

Before I was pregnant I knew that I would have to have at least one blood tests where I would finally find out what  my blood type along with a number of other factors so at my first midwife appointment it didn’t come as a shock. With my research into pregnancy and what basic tests were required and when I knew of one other blood test – the lucozade test to check for gestational diabetes. That made two blood tests. 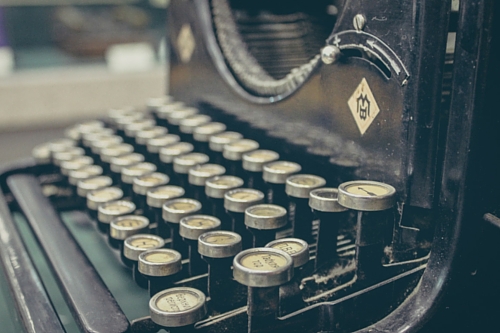 Add another during the first ultrasound it came up to three. I haven’t had to have many blood tests over the years so three in 9 months was going to be a lot for me. I’m scared of needles but as long as I don’t see it or know when I’m going to be jabbed I can manage. All of these tests were needed to keep an eye on me and bump so I was ready to accept a few jabs with needles for our safety.

In my first appointment I was made aware that as I had a BMI higher than 30 how I would have to have the full glucose not once but twice. That means that rather than one blood test to test for gestational diabetes, I would need to have 4! The number of blood tests more than doubled checking for one possible issue. Yea not great news but I would have to cope.

A few weeks ago I had to go for blood tests due to how nauseous and itchy I was – the results came back showing a possible issue with my liver. For me this was scary news – there is a liver condition possible during pregnany called Obstetric cholestasis that can result in a miscarriage and I had all the symptoms. As soon as the results came I had to have another blood test to check something called my bile salts.

I am happy to say that my results showed that my liver function was starting to return back to normal and my bile salts were OK too. The doctors are still concerned – I still am itching, feel nauseous all the time and one bad blood test so I have been told I’ll now be having regular blood tests. I have been warned that I’ll have to have them now every 2-3 weeks until baby comes this week.

So as someone who is scared of needles I have to be jabbed with a needle a lot more times than most pregnant ladies, and this doesn’t include any of the regular tests checking on my liver. As you can imagine, the news this week hasn’t gone down well. BF has helped though – he is using jokes to cheer me up and look on the bright side.

I am constantly having to remember that these blood tests are to keep me and bump safe. This is what I tell myself every time I have to drink some weird glucose drink, have a blood test, injection or having to have a full bladder for an ultrasound.

There really are lots of things that they don’t tell you about pregnancy but I never thought having more blood tests than months I was pregnant was one of them.

How many blood tests did you have to have during your pregnancy? What did they not tell you about pregnancy? How do you manage having blood taken? I’d love to hear from you so leave a comment below.