A few weeks ago I started to scratch – this week the itching it got worse.

I am ashamed to say that I have put off writing this week’s blog post – it was a really hard time and having to relive the week was not something that I wanted to do but I feel that it is important that I do.

Pregnancy is always painted as this wonderful time in life when women can “eat for two” – not only is the eating or two a lie but not every pregnancy is easy. For months I have dealt with nausea and food issues where I have struggled to basically eat anything. It has not been an easy pregnancy – I’ve been exhausted, nauseous and emotional. This week though was the hardest so far.

I have been itching for the last few weeks but it was this week that everything really came to a head – I got some blood test results that were not good and all of my symptoms had gotten worse. At the start of the week, even before I got the results I had two panic attacks – I have never ever had a panic attack before so it was a scary experience for me.

Last week, along with spreading the news of the gender to family, I found out that I needed a blood test as I could have a liver issue that only occurs in pregnancy. I did the worse thing you can and googled it only to find out that it could make me worse and even risk the life of our little baby girl. In that moment when you realise that your liver could do something that could kill the baby I had been growing and thinking about all those months – I walked into the kitchen terror filling my head. Suddenly it felt like a ton of bricks was on my chest and breathing felt so hard. I had to sit down. I grabbed my phone and messaged BF even though he was in the other room – trying to call for help or talk was just too difficult. 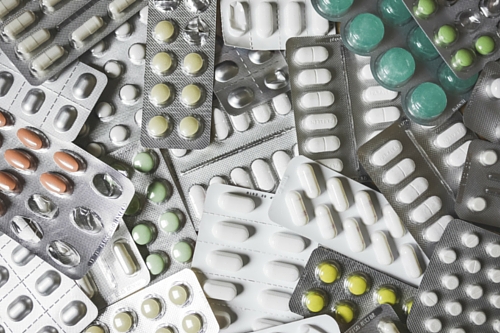 BF worked out very quickly what was happening and quickly helped me get my breath back and calmed me down but it still left me in shock. He really was a super star and put on something to cheer me up. Once I had really calmed down he talked through that it sounds like I had a panic attack. He starts to ask what had happened and why this had occurred. It was this point I broke down and explained how I fear about killing our baby because of my stupid liver and quickly descended into a second panic attack. Straight away BF went into superman mode and helped me quickly recover with calm breathing and logic that they are getting blood test results so if I have an issue they will now be aware and fix/monitor it, as well as the other wonders of modern medicine.

He really is amazing – I still can’t believe how lucky I am to have him.

A day or so later I have the blood test and told to wait a day or so for the results. Results day rolls round and I call my GP. Between the panic attack and day the results came in the itching, nausea and exhaustion got worse. I would cry quite a few times a day as I struggled to eat anything or would wake up to my legs bleeding or finger tips red with blood. Despite such a terrible week, I had managed to stave off any panic attacks constantly running through what BF had told me again and again to keep me sane and looking positive.

The day my results were due in I called and was hit with the news I was hoping to never hear – there was a problem. I broke into tears that I could hear the poor receptionist was worried about me. She was so amazing though telling me that she was going to get an emergency GP on the phone to see if there was any more information or help that they could give – they would call in the next two hours so I was instructed to keep my phone near me.

Sure enough an hour later the phone rings and it is a doctor with an update that there was an issue with my liver so a second blood test that would look for something more specific. After she found out the struggles I was going through, with the panic attacks, sleepless nights, waking up from scratching or nausea every few hours to feeling awfully sick all the time she told me there was a prescription already waiting for me at the GP’s that hopefully should help.

It was a week from hell but great that my surgery was so good at being quick to try and help me – I have not actually had this sort of reaction from a surgery before. There was still the terror from there being a possible issue and feeling so terrible but for once I felt listened to and cared for by everyone around me. BF had been superman and my GP surgery had been supportive.

If you are itching after 20 weeks pregnant that you are drawing blood, talk to your midwife immediately – it is best to not let this fester and get checked out. Whatever you do, if you have crazy symptoms don’t google… it might just lead to a panic attack!