Not every pregnancy is straight forward; the same goes for midwife appointments. Sometimes pregnancy appointments can involve drama or frustration.

It is the week before my 20 week scan and it is filled with appointments. For me this week has involved tears, fears and bleeding. For the last week I have been itching at night in my sleep that my legs have scratches all down them and red raw.

This week is the first time that I was meeting my actual midwife for the first time; all of my other appointments were with covering staff. I was really excited – this is the lady that I will be going through this really important journey of my first pregnancy. All of the other midwives I had met at my surgery had been so wonderful – if she was half as nice and supportive as them, she was going to be lovely.

Turns out I couldn’t be further from the truth. Maybe she was annoyed at me – I had missed my last appointment with her because my surgery had messed up informing me about the date and time that I had it down as the following day. I arrived on time at my appointment and sat in the little waiting room; 20 minutes later I was sat worrying that I had somehow been given the wrong time or date again when a couple came out of the midwife office. It was another 10 minutes before I was called in and a very half-hearted “sorry for the wait”.

The appointment started with her getting the information that was required for the paperwork for the surgery and my pregnancy booklet. She rushed through everything making me feel 10cm tall or just a piece of meat being researched. It may have been because she was running so late with her appointments so wanted to try to play catch up but as a first impression it was horrible. 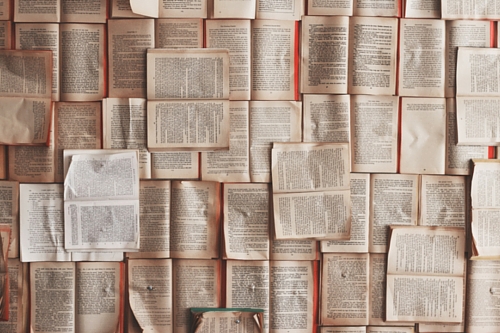 I have a complex health history so my pregnancy is high risk on a couple of fronts. With all of the others I have been asked before any measurements or “must have” paper work to be filled out all about my medical history but this was only part two of the appointment and even this felt rushed by her and worse ignored. She was barely listening, so missed a couple of key points that when they came up later I was met with a blank face and confusion only having to explain it again. So again it was not a great impression for someone I was supposed to be putting the life of myself and baby into.

I tried to brush it off that this was just her feeling rushed and under pressure. We all have our bad days and she will get to know me more from my notes or other appointments. I know the strain that the NHS has been put under recently.

When it came to the final part though of the appointment, where she asked if there was any questions that I may have, that I realised this wasn’t the case. I love lists – for someone who is really forgetful I use lists to make sure that I ask all the right things at appointments. As with my other appointments I had a list of questions or issues with me; this one was made up of 6 items but none of these got any resolve.

Starting at the top I ask questions but all I get is evidence that she had ignored a lot of things I had told her in my “medical history” conversation to even getting “I don’t know – I don’t do high risk pregnancies” from her. As someone with a complex pregnancy that is high risk for a number of reasons this really did just break me. So many times she didn’t care or have any idea of dealing with anything I was going through.

When it came to my ripped up legs she didn’t care that she wouldn’t even look at them and was too busy looking off into the distance. Despite having 2 more items on my list I just decided to skip them or half-hearted ask about them – I had the feeling she wasn’t listening, that I wasn’t going to get any help and that she wanted me out of the office as soon as possible.

Getting home I told my partner just how useless that appointment was – I still had all these fears, issues and questions left unanswered many of which the baby books tell you to talk to your midwife if and when they come up. To me that whole appointment was just a tick box appointment and I felt anxious. BF had known about the itching having woken up to me when blood on my finger tips a few days before. Upon hearing that my midwife had “never heard of itching during pregnancy” so had no advice or help that she could provide, he told me I needed to call and book an appointment with a different midwife. Turns out that itching hands, feet and legs, especially to the point of bleeding, was a serious sign of a possible issue that needed to be checked out; a midwife that had never dealt with itching of any kind so brushed it off was dangerous in his eyes. I didn’t even get to the hurtful quips that I had faced about my medical history.

Two days later at my second dietitian appointment I finally broke down. All of those fears had just bubbled away so I broke down into tears. My dietitian has been brilliant; she is so well-informed that she broke down through most of my questions with what to do or who might be able to help with some support in the mean time. Her main advice was clear; change your midwife now.

I have since talked to my surgery and the receptionists have been incredible to get me a new midwife and arranged that I will never been seen by the other one at all. I now will be meeting with a lady that I have met before who was really lovely but also used to dealing with high risk pregnancies.

My lesson from all of this; if you are not happy with your midwife that it makes you break down in tears then you need to change. This period of life is so scary as so much can happen or go wrong; your midwife is someone you really need to respect, trust and be able to talk to.

Have you had problems with your midwife? Or other pregnancy related staff? Who was your saving grace when it came to medical staff? Do you have any helpful tips in dealing with staff? I would love to hear from you so leave a comment below!