So we know we are having a girl – now we just have to tell people!

Seeing our little girl last week at the ultrasound was amazing – everything from her little feet to finding out the gender. For BF the change from not wanting to even know until born to wanting to shout out the gender from the roof tops was incredible. I think for him it was even more real as he could finally picture a little baby girl in his arms or running around the house.

For me it was a very different situation – suddenly there was the task of telling people. It turns out that I am actually quite shy – all of the baby and engagement announcements had all been on Facebook or via presents so I could avoid actually telling people. When I had told people before the announcement it had felt really difficult too – I just felt uncomfortable with it.

The sudden realisation that I had to declare to the world something that wasn’t subtle and cute was difficult and attention seeking. It seems like me and BF had a change of positions of how open we wanted to be. Adding on top that having a little girl means the rain of pink was soon going to occur also scared me. I have never been a very pink girl and grew up with not having to wear it much as my mum found or made an array of crazy coloured outfits. It may have just been the era I was born or how much my mum went out her way to find clothes that weren’t pink, all I know is that I can hardly find many pictures of me wearing pink as a kid.

For months I have been going into the baby shops and falling in love with the cool and cute things that are about. We thought it would be a boy so unsurprisingly I cooed over the adorable dinosaur and star wars oufits – they appealed to my geeky side while being so cute so why would I not love them. Browsing the shops this week though with the new knowledge of us having a little girl everything was pink, floral and well anti-geeky in every way. I’m going to have an overly pink baby, toys and life it seems. 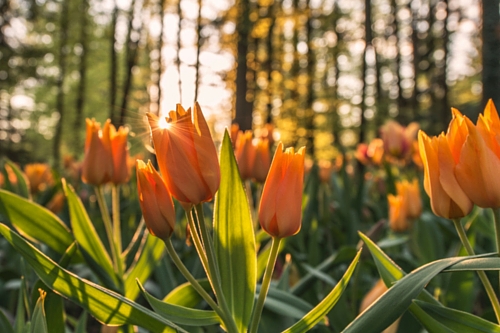 With my background in design, so a huge interest in the historical use of colour, it added more annoyance – pink traditionally is meant for boys. Going back any time before 150 years ago, even all the way to ancient Greek times, if you had a boy you would wrap and dress them in reds or pinks, while girls were in blue. Red and pink dyes were harder to create so showed the importance of “this is a boy”. The use of colour used to be a very important status symbol around the world – in England for instance anything purple was seen as royalty or extreme wealth as these types of dyes were rare and very expensive. In China only royals were allowed to wear silver and gold nail varnish – you could loose your life if you broke this very important colour related rule!

For thousands of years girls were dressed in blue – it is and was a sign of them being worth less than their male siblings. Knowing this makes you really think about the use of colour differently. This colour divide, other than for royals or the very rich, existed in clothes throughout life. It was only during Victoria’s reign that things concerning colour changed – there was a female on the throne after all.

During the Victoria era all kids were dressed in white similar outfits until they were about 4. Lots of parents would be able to reuse the clothes no matter what the gender so saved money. Shops decided that they wanted to encourage more sales to brought back the use of colour to denote the sex of a baby again – this time however for whatever reason they switched the colours. Now in society blue denotes boy and pinks denote girls.

For me then the use of colour either denotes the differences in perceived worth based on your gender or a tool for businesses to make more money. Having studied colour psychology at University, I know the positive and negative impact of coloured light or walls so the influence it can and does have. Pink, for instance has a calming effect on 90% of people but makes the other 10% more violent or aggressive, while blue increases the ability to focus and study. During my studies, a shocking revelation was that purple walls can increase suicidal thoughts but purple light has been found to help improve various health issues. It sounds very earth motherly but the more and more I studied colour the more that was backed up by lots of research, particularly by the marketing world, on how to influence people.

Knowing everything I do about colour, it makes me uneasy to feel any colour is going to be pushed upon my child due to modern social convention all because businesses wanted to make more money. Add with my shy nature of shouting from the rooftops about something I actually had no control over, telling people the gender, even family felt really uncomfortable. BF was very excited though so I was really open that he could tell any one and everyone but he was also the one who would tell my family.

My family knew the exact day that we were having the scan but had been warned to not ask. Almost a week after we knew it was a girl I was talking on Skype with my dad as I was in the kitchen cooking dinner – BF walks into the room realises I’m talking to my dad and asks if he wants to know the gender. Of course my dad says yes and BF announces the big news. After a minute or two them exchanging excitement, all while I carried on cooking, it was all over. My dad tried to continue the excited news with questions but I shyly changed the conversation. Once it was all over though it was a relief – he knew so now my partner only had to tell my mum. I told BF to message or call her with the news as it would also be nice for her to hear from him – he is the father to her grandchild after all.

A few days pass and he’s been to Exeter for a meeting – as he his train is almost back in Brighton he puts out a message of “Almost home to my girls!” Having been over a week since we found out he thought it would be OK and that I would have told my mum despite having reminded him again and again that he needed to do that. 10 minutes after he walks in the door I get a message from my mum of “did BF let the gender slip!!!” – sure enough 3 minutes later the phone is ringing. During that time we had the lovely conversation of “I thought you would have told you mum as you have talked to her twice since we found out” to “nope remember we agreed you were telling people and was going to tell her”. I think this is the only time he’s said oops.We look at who is calling and both giggle. I pass the phone to him and let him have a whole conversation about it all. With my mum he did also include not to make a big fuss as I was feeling shy about it so when he passed the phone over it was just a lot calmer and about Sam’s trip home message being so cute than making a huge fuss.

So now my family know and while I’m super excited it has made me realise just how shy I am about announcing big news. Looking back it made me realise the cryptic baby announcement and getting BF to post about our engagment was so that I wasn’t making some big grand announcement – while being extrovert in a lot of ways when it comes to big news I’m actually really shy! It is interesting what we learn about ourselves when it comes to the whole pregnancy journey. It’s clear who will be making the announcement when she finally arrives… it won’t be me!

How did you tell your family and friends the gender? Did you make a big gender announcement or keep it a secret? How do you feel about colours denoting gender? I would love to hear about your thoughts, opinion and stories so leave a comment below!