This was written December 2015 when I was 8 weeks pregnant and scheduled to go live once my pregnancy was public in March 2016.

When we see a women throw up in a film our first thoughts are to question if she is pregnant. It is such a common early pregnancy symptom and like many others I am struggling with it.

Since about week 5 I have been dealing with nausea being a problem with it slowly getting worse as each day goes by. At first it was just maybe once or twice a day but as the weeks have gone on the nausea is all day and causing a lot of problems.

Although I managed to keep it at bay with crackers and lots of walking when my mum visited, it got worse to the point I’ve been curled up in tears on the bed as BF tries to work out how he can help. At first the same things worked every time – get some ginger ale, crackers or ginger nuts and I would normally feel a little better in a few minutes. 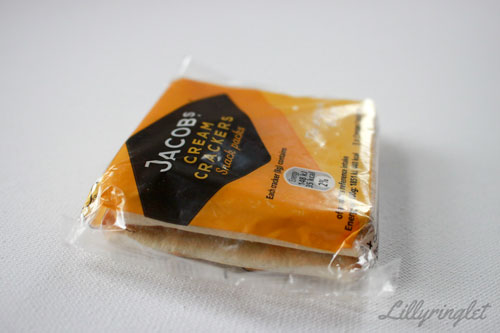 These tricks have now stopped working and its has been slowly been getting worse that now morning, noon, night and midnight I get hit with the dreaded morning sickness. I’m even being woken up now because of nausea so I’m getting used to waking up every few hours only to run to the loo and then the kitchen to get rid of it before nodding off back to sleep.

When it comes to morning sickness things that will work one day won’t the next – this seems to be the case with food aversions too as one day I can’t look at cheese without curling over a bowl to engulfing a whole block the next. One day 3 ginger nuts will get rid of nausea and the next the smell will make it worse. There are a few things though that has helped and some of them are actually pretty surprising.

For me and many other women it turns out Weetabix is a saving grace when pregnant – it is full of B6, iron and with some milk somehow helps and unlike other tricks seems to be consistent. Having said that if I try to have it more than once a day it stops working so it now I have great mornings where I try to get a lot done before I try to work around morning sickness the rest of the day.

Before my mum came to visit I worried that she would figure out I was pregnant from morning sickness yet for some reason it didn’t hit during her visit. We spent most of the time walking and it turned out that this was helping stave it off – now as it has gotten worse I find days I don’t go for a walk are far worse than the days I disappear out for an hour. It may feel like this is the worst thing yet after struggling to get on clothes without hurling and getting out in the fresh air and walking I feel so much better. Even after 5 minutes on the worst of days it makes a huge difference. There is a down side – when I get home and stop working it all comes back until I eat something so heading straight to the cupboard or biscuit tin is a must for me.

When you ask for advice on battling morning sickness the first thing people tell you is to eat little and often. It does work but it is hard to now find tiny meals or healthy snacks that aren’t too filling. Before I was pregnant I could have a small apple for lunch and feel stupidly full – now my stomach can’t handle half as much food in a sitting so I struggle to have a whole apple. It means a full-sized meal for me include a small chicken pie and that will fill me up. I’m lucky that I work at home but I ponder what it must be like for women going through this while in the office. 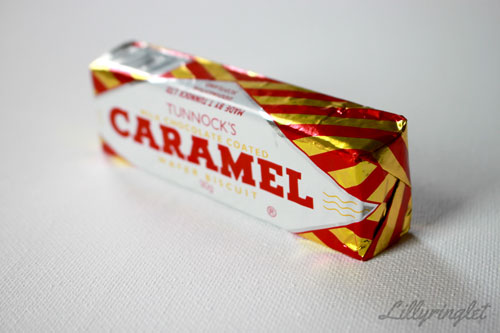 Hobnobs are amazing – at the moment they are the biscuit of choice but like ginger nuts this could soon change and I’ll have to find another that works. They work really well for me as they are oaty goodness so with two biscuits I can feel full but it will also settle my stomach. Recently we have found though that traditional Caramel Bars are the best invention ever – even the look of chocolate seems to make me nauseous but for some reason the chocolate mix that they use on this bar doesn’t – it is also very thin. The layers upon layers of wafer and thin caramel seem to help those times when I’m nauseous and feeling run down with the added bit of sugar.

Now it may come as a shock but when I asked the midwife for some help with morning sickness her suggestion was to try sweet and sour sweets like Lemon Sherbets. I tried lemon sherbets and didn’t find them very helpful but Tangfastics are incredible! When I am feeling too sick to even leave the bed I have two of them and a minute or two later it settles my stomach for long enough to get some food in me or get shoes on and go for a walk. Now there is a packet by the bed as they work far quicker than biscuits are small enough so I can get up to make dinner or breakfast for a longer lasting effect. Flying saucers also work but they aren’t any where as effective and are much harder to pick up locally.

I love being pregnant – it has really helped clear up my head injury symptoms that I am no longer battling with dizziness or crippling headaches on a daily basis but I can’t wait until these symptoms pass like they normally do at 12-13 weeks.

Are you dealing with nausea? What tricks have you found work? What have you found really doesn’t work for you? leave a comment below as I’d love to hear from you!

I hope your sickness has eased up now. I suffered terribly in pregnancy and was diagnosed with hyperemesis gravidarum. No advice really but plenty of sympathy. And while it is horrible, it is SO worth it!

Hi, I hope the morning sickness got easier for you. I was one of the lucky ones and have never really suffered too badly during pregnancy, as long as I ate promptly when I woke up and didn’t go too long between snacks. Looks like you’re a fellow Sussex blogger! I’m not far up the road in Horsham.

Yay Hello fellow Sussex blogger! I seem to be the unlucky one in my family as I’m the only one suffering. It went away for a few weeks but it seems to be back again now I am hoping that it will go again soon