This was written December 2015 when I was 7 weeks pregnant and scheduled to go live once my pregnancy was public in March 2016.

This week was a really big milestone – the first real pregnancy appointment with the midwife.

When I first found out I booked a GP appointment – I thought this was going to be the big crazy pregnancy appointment but believe it or not all that will happen is that you get referred on to a midwife. I could count it but all that happened was me and my doctor squealing with delight (she was aware of our plan and possible health outcomes).

Now every where does things differently and it turns out that most places have a huge first appointment and then don’t see you until 16 weeks – my midwife splits this into two appointments two weeks apart. I actually really liked this as it was going to be so overwhelming do to it all at once. OH booked off time so he’d be able to attend them for much-needed support and any questions that I would clearly forget.

Apparently the midwives from my practice moved to their own special permanent offices so it wasn’t a case of rocking up to my normal location but find it hidden near Seven Dials. With a pregnancy pack that I was given when booking the appointments filled with paperwork to complete, key information about various tests and freebies, I had a lot of things sorted before my appointment and nerves. There was so much information that I had to provide – including a question about whether or not me and the father were related! In case you are wondering we are not. One of the booklets was over 40 pages but luckily half of it was for doctors and midwives to complete. 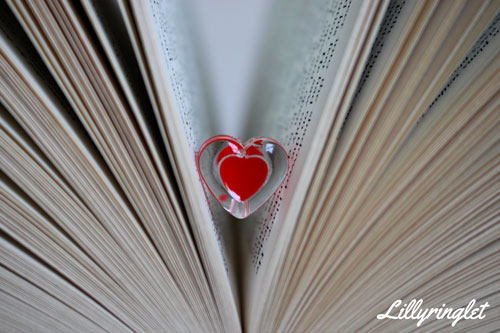 It did make me suddenly aware of just how little they tell you about being pregnant these days and just how many forms and pieces of paper that you have to fill out or take to every single appointment. I have a folder for all the different forms there are so many. With my folder in hand and waiting 20 minutes nervously for my appointment to start I finally got called into a Tardis like office that looked tiny until you stepped inside.

Turns out that the day I was booked on for both appointments was an overflow day so I wasn’t going to meet my actual assigned midwife until February. I didn’t mind as it turned out that I would throughout the rest of the pregnancy I’d see the same person for everything. The lady I saw was very open about how this was actually rare for the area – apparently I have accidentally chosen a great GP for starting a family.

Now if you have met me in recent years you know I’m a little heavy, overweight, obese, fat curvy – basically I have a BMI over 30 so for various aspects of the pregnancy I’m considered high risk. Now I’ve read lots of different blogs about being pregnant and overweight – most of them involve telling you not to worry so much but it does change things. Normally you have to take a Lucozade at 23 weeks but when you have a BMI over 30 you must have two glucose tests that involve sitting around in a hospital for 2 hours and have two blood tests. I hate needles and sitting around so basically this means rather than a single blood test, I must have 4 and hang around for 4 hours – if only I was a few points less! As I am over 30 BMI I did get offered to see a dietary specialist, something I would not have otherwise had the opportunity to do so; that is at least one positive thing about being a bit over 30.

Most of the appointment involved going through all the paperwork and checking it was all filled out correctly, being stamped, sent away, appointments booked in, other forms just for the midwife being filled out based on my medical history and being poked with a needle. Yeap from now on I need to expect to be poke with a needle at every appointment or to at least pee in a cup. As my initial appointment was split in two, I was given the tools to a pee sample to do just before the next appointment and had to have a blood test.

I hate needles – I have had lots of injections and blood tests in the past but I can’t see needles even if they are going in someone else. When BF was put on a drip years ago, I had to leave the room as I was more scared of seeing the needle than him. Basically I manage by looking away and talking – this was the first time I have had to do anything needle like with my partner in the room. He felt the best way to help me was to make jokes and call me a wimp – I really was though as I howled when the needle went in. It was the first time having it from my right arm and for some reason it hurt way more than normal. Maybe it is me being a wimp around BF, being in a different arm or heightened senses from the growing bump – either way it hurt and I was a huge wimp.

That actually was the last part of the appointment so the worst bit was saved till last – at least I didn’t have to go pee in a cup as well! I didn’t really know what to expect for my first appointment but I had a much shorter appointment than planned – it turned out that I’d read a lot of books so knew a lot of information that was normally covered in the initial appointment about food, activities, work, vitamins, key milestones, appointments, tests and other hints or tips given. It was nice to hear how well prepared we seemed to be and that we weren’t going to get overloaded with all that information as well. It was nice to be a little lighter in terms of paperwork but the addition of pee sample stuff made my folder full to the bring.

As we left BF told me I needed to take it easy – apparently he’s never had blood taken by doctors before so didn’t know they had a tendency to take 3 tubes of the stuff. he did faint when he last gave blood from blood loss so it wasn’t surprising he was a little worried when I also suffer from dizzy spells. I was a little light-headed but it wasn’t a big deal when I had a wonderful BF around to guide me home.

I still can’t believe that the first appointment is over and done with – it felt like a whirlwind and now its is starting to feel a lot more real when having to send a whole long appointment talking about incoming bump.

In other news, my daily headaches and dizziness has gone – it seems that the hormones are really helping my TBI symptoms that I still haven’t taken any painkillers. It is so freeing going from most of the week struggling to walk across the room to being able to walk out the house to the shops every single day and not having to worry. Seriously who knew that pregnancy could help my brain injury so much.

I love this post. It brings back all of my first booking in appointment memories. My booking in app was one big long appointment. But my app at the doc to get referred was far from as nice as yours. My doc was quite dismissive and seemed to imply that at 5-6 weeks I should wait and see what happens for another few weeks. It was quite disconcerting. Particularly at what should be an exciting time! Off to read the rest of your posts now 🙂

Wow that is terrible to hear! I am quite lucky that I have a really good doctor who I know really well (she even knew we were trying for a baby). How old is your little one now? Can’t wait to hear what you think about the other ones.

This is a great post. Thanks so much for linking up with the #MadMidWeek linky.