The Bump Diaries Week 14: The Glow

The world now know our baby secret – well some of the world does any way. Even a week after sharing the news on Facebook it is surprising just how many people you meet and interact with that you might not have on Facebook or may not have seen the news.

After last week’s exciting news and message after message or comments from friends about the exciting news I have gotten better about being open about my bun in the oven. Most people just want to know how far a long are you in months not weeks (which is weird going back to), when your actual due date is and do you know if it’s a boy or a girl. The closer the friends ironically the more the questions that you get so once the closest and close friends know it is surprisingly easy to talk about it.

This week I did also find out one key fact – it is far easier to tell people in person that you are pregnant than online or over the phone. Here is the trick say “I’m…” and just do a bump shape and they’ll know and it will go straight to jumping up and down. If you don’t want the rest of the room to know it can be a bit harder but this week I found this trick was so effective and cut down on the uncomfortable way to bring it up. I even found once just grinning and motioning a bump shape worked. Seriously body language is way more effective sometimes than trying to use words.

Officially I am in my second trimester this week and things have changed. I was told that the morning sickness and food aversions would probably go around this point – if not I was going to be stuck with it probably for the rest of the pregnancy. Yes the morning sickness did go but the food aversions did not. Turns out I may be stuck with my inability to be in the same room as pizza, cheese, chocolate or ice cream most days but I no longer feel sick all the time. That being said both through hardly being able to eat anything and my stomach being squished more and more my food portions are now tiny. 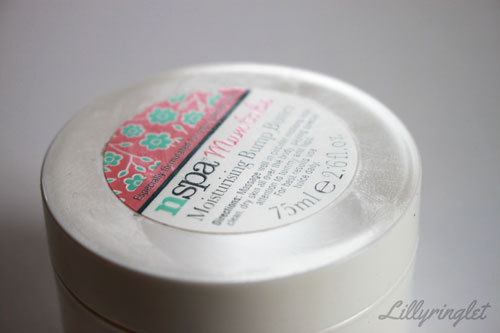 Along with food changes, my skin has changed too – after weeks of dealing with spots trying to reappear and nasty drying skin, I’ve been left spotless and back to having soft skin again. Others have noticed a change too – I have started getting the “You’re glowing comments!” with one friend mentioning how she wondered why my skin was so good before I told her about the bump and wondered if I had finally decided to start wearing foundation.

My stomach is also not just a tubby lard of fat any more – it has changed shape and no longer is squishy but solid. I officially have the start of a bump! I also now am beginning to work out where all the weight I have been slowly shredding the last few weeks has disappeared from – my stomach of all places.

The only down fall is feeling itchy – especially in the middle of the night. Along with bump stuff being great for helping skin stay stretchy and not lead to stretch marks (though I already have lots of them from being suddenly fat when I was a kid after a car accident), I have found that are also the best solution for anything itchy.

I tried to use other creams that I would normally use for my skin when dry but these now only make things worse or when I have checked I can’t use them while pregnant due to the essential oils in them. My normal go to cream is from Lush called Celebrate – I generally use it for massaging as I have found it far better than traditional oils or bars but it is not pregnancy safe so it is off the table for now. I tried Nivea but while pregnancy safe it just make me itch even more. 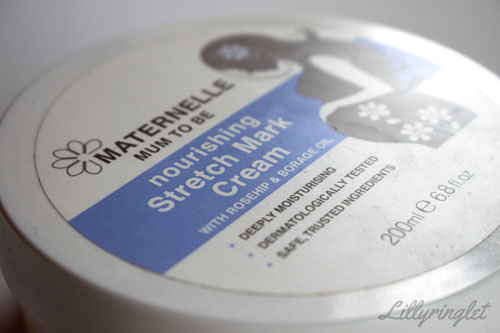 The best one I have found is Palmer’s Bump butter – both for bump and itches. It is rather solid but unlike a lot of others we have tried it is not so sticky and keeps in moisture far longer. When it comes to itchy spots anywhere I have found this is like an instant relief that also works for hours.

Having had stretch marks and scars I have fallen for Bio-oils marketing in the past but since my lovely OT friend has enlightened me to how there is no proof it helps I don’t deal with the slimy, greasy and mess making oil any more. I have tried other creams but I always return to the bump butter so far. I tried one I picked up from Waitrose – the smell was off-putting and I just felt sticky afterwards.

The biggest changes still remain food related though – I have had to try to work out how to eat little and often or I end up curled up in a ball of hunger or pain from over eating after eating a single bread roll. The start of the week I will admit was hard and I cried, a lot. By the end though I have found a few hacks that are really helping. I am still exhausted, I still don’t think that I am managed to get all the calories I need each day but at least I am achieving over 700-800 like I was at the start of the week. I have also stopped shaking, almost passing out and the crying has decreased by a lot.

My biggest find is an unusual one but if you are in a similar situation definitely worth checking out. I have started getting toddler sized portions. My biggest problem was finding the right portion sizes without going through a lot of discomfort (from both shaking, hunger and eating too much just from a handful of nuts). After finding “little dishes” in Waitrose, I thought I’d try it just to see if it would help. Holy smokes was this the best fricking idea ever!

It turns out that these little fresh microwave meals for little kids are the perfect size for my squished stomach and a they are so kid friendly in the taste and texture, they are also perfect for getting around my food aversions.

Now normally I would not rely on microwave meals but these little dishes are the perfect size and so easy when you need food quickly. With eating little and often comes the added issues in feeling exhausted before you eat – when you have to cook stuff before hand it is so hard to find something small enough that won’t fill you up that can give you a boost long enough to cook it yourself. Since finding these I have been able to find something that works to help me eat and not constantly feel painfully bloated. As a supertaster these are really easy on the palate, have nice soft consistent textures and still feel like a delicious meal.

Other things I have found similarly effective are the mini Chicago Pizzas – one of them is the perfect portion right now. They, just like Little Dishes, are really easy to manage with the ability to microwave or oven cook but even before I was pregnant I loved these more when microwaves unlike the rest of humanity.

I am definitely getting comments now about a “glow” though coming from people who know I’m pregnant I am not sure if I really do have it just yet or if it is just the polite thing people say. Either way I am finally finding my feet when it comes to the small little meals even if it is cheating for the moment. Hopefully I’ll slowly be able to find more healthy things to eat that I can make.

This was written January 2016 and published April 2016. All the views are my own and have not been sponsored in anyway.