Published by Annabelle on October 3, 2017

After a complicated birth and a painful time in recovery, we were finally on Level 12 – the post recovery ward.

Having arrived at 1am, it was the dead of night so the first few hours were nothing exciting. It was though full of pain – my back was on fire still and it was agony any time I laid on my back which also happened to be the only way I could lie down with all the tubes coming out of me.

BF for a few hours tried sleeping on the floor but the sleep that he did manage just messed up his already bad back. I had managed to get some sleep in recovery with all the pain relief but now couldn’t. With LO (little one) in a cool see through cot on wheels I was OK spending my time just watching her sleep next to me.

At about 4am BF couldn’t cope any more – he needed to get some sleep on something better than a cold solid floor. I agreed – he needed to get lots of rest or he wouldn’t be able to help me recover and look after LO. With midwives available with the call of a button, I was going to be well looked after.

It was also a great opportunity to send him home to take stuff we no longer needed and bring back other things that we would. Having planned for a natural birth, the majority of my hospital bag was centered around the labour. It really was the best plan. 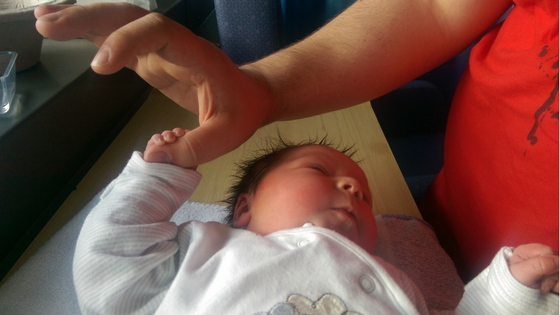 While BF was gone, I tried to get some sleep but it was so hard when burning pain coursed through me whenever I tried lying down. The only sleep I did manage was from being hunched over LO’s crib and that was by pure accident. Luckily I had a bed by the window and an incredible view overlooking Brighton to keep me occupied along with a book and DS that I had packed. Nothing was more occupying though than watching my adorable little baby sleeping away next to me.

Before when BF had been around I had struggled to hold LO without worrying that I was going to hurt her. Even when I fed her, I had BF helping guide me but with him gone I had to finally care for her myself – this meant feeding her, holding her and even changing her all from my hospital bed.

It wasn’t until my battery was finally starting to lose its charge that I realised that BF had taken a lot of things that I still needed, most importantly being clothes. LO was throwing up mucus on her clothes, common with C-section babies, and I was running out already. He was also still fast asleep. Over 30 hours of no decent sleep meant that I wasn’t able to wake up him up by calling.

During that time the other mother left, LO’s had a few tests and I was able to stand for the first time. I was strapped to a bed – that first time that I even got to stand up was after they took out my catheter. It was so nice to be able to finally stand up again and not feel so trapped. I did have to take another bag still attached to me when I went to the loo. The first few three times that I went to pee I had to pee in a pot. This is one of the fun things that they don’t tell you about when you have a C-section.

It was so wonderful when BF returned. I have heard many people talk about how their feelings towards their partners change after having a baby and how they love their partner even more. This is how I felt and it was so vivid at that moment – the love of my life and best friend who made me feel safe was back. I suddenly felt so safe and happy. 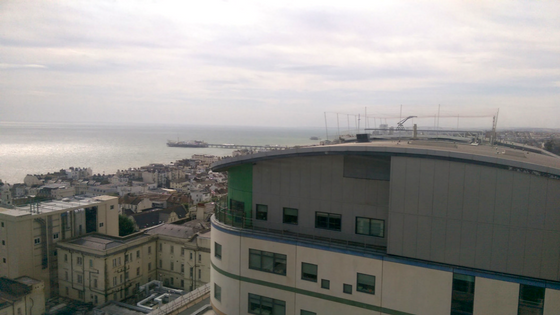 The view from my bed

My back was still so painful – by the time BF returned it had gone from just being red to turning into a nasty chemical burn. It wasn’t a slight reaction but a really bad one. When BF returned, he made the midwives aware of it and quickly they decide to try and help – I was given lots of thick paper towels to soak and put on my back. With them on my back I was able to finally get some rest. They also decided to get the other bag out from my side so that I could go have a shower to see if that would help. They even offered to look after LO so that BF could come and look after me.

A shower was jut what I needed. They were right that there was still some of the chemical that I was reacting to so after the shower I felt so much better. Lying on my back after that was still painful but far better than before.

Come the evening I had been freed from my bed and was slowly able to shuffle to the loo by myself. I was also was getting fed three times a day with regular offers of tea and water. It was also when the empty four bed ward got another new mother. Along with the new mum came guests.

While we had decided to keep our stay in hospital to just us, this mother was visited by quite few. She already had two daughters so they filled the ward with gleeful talk. Soon though her guests and mine had to leave.

That is right, Dad’s count as guests so after the first night can no longer stay on the ward from 9pm till 9am. BF had to leave me again. I hated that I had to stay in the hospital by myself with LO – I didn’t want him away from me but he needed to get more than just a few hours sleep and he couldn’t stay.

After he left I talked to my mum as LO slept and after the shower with a change of clothes I was finally able to get some shut eye too.

Through the night LO slept like a log only waking once for a feed and barely making a noise. The other mother didn’t fair so well as her baby cried – LO didn’t stir though at all and carried on sleeping. When she did wake I took her for a walk down the halls.

The day before I had been given breakfast in bed as I was strapped down but this time myself and the other mum had to go hunting for where the food was. It was when I managed to grab a bit of everything so that I could stock up on food as I found a lot of the lunch and dinner options limited for a supertaster.

Without BF though I was left in charge of my medical options and that included pain relief. This was a stupid idea it turns out. I thought I was better than I was so when asked if I wanted pain relief I declined. By the time BF returned I was in a lot of pain and dopey – I hadn’t been drinking enough either.

When he returned, I was back on the pain killers and filled up with water. It was lucky he returned when he did as the Bounty people turned up for the free photos that they take in hospital. With me feeling rather dopey BF was able to help the lady and even be in some of the shots.

Soon after LO had more tests, from checking her heart murmur caught the day before to a hearing test. Great news – she passed both. I was also checked over and they felt it was best to get me home both for my back and just in general. We were told that once the doctor had cleared me and gotten the drugs all sorted that we would get released. While we were not given an exact time we were told we would be leaving in the afternoon as long as there wasn’t any emergencies. The other mother was told this too – we were both going to be leaving with our little babies.

By this point our room was full so the room was full of noise. It turns out that there had suddenly been a large number of births and the whole of level 12 was now full. This meant that the doctors and midwives were all rushed off their feet so it was a few hours before we finally got everything that we needed to leave.

It was so exciting – we were going home and they were letting us take this little baby with us. We got everything together and went to the lift. We had to wait for ages as only one lift was working so when one finally did arrive, we along with the other dad with his little daughter in a pram decided to get on the lift going up as it would fill up otherwise and we wouldn’t manage to get on it.

We get in and sure enough it goes up and the doors open to loads of people that would have left us stuck. Luckily it was all able bodied staff who cheerfully said “Don’t worry we’ll take the stairs it will be quicker.”

Our lift then goes down and stops at level 11 – it was at this point the doors open to a pregnant lady with her partner and a 50 year old lady. The couple try to come in as they don’t see LO in the car seat on the floor and everyone in the lift say “Sorry there isn’t space as we need to be careful as this lady has jut had a C-section.”

The couple go “OK we’ll wait and congratulations” but the old lady ignores this and barges in elbowing me right in the stomach. I scream in pain and almost collapse to the floor in pain. The couple now out of the lift look on in horror as the doors close and everyone other than the lady who had inflicted the pain go to my aid asking if I am ok.

Tears roll down my cheeks and it took everything not to fall to the floor in pain or punch her in the face. She just stood their ignoring the calls from the other dad and BF of “Are you ok? Did she rip a stitch? Do we need to call for a doctor?”

When the lift finally did stop at level 6 she glanced around briefly and offered a in-genuine “sorry” before marching off. I managed to shuffle out but that was so painful. It just shows you that there are people who don’t care about others. I was lucky that my stitches were fine but I might have needed more medical assistance because of her not wanting to wait or just using the stairs. We did get to leave though and go home.

What was your recovery like? How long was it before you went home? Leave a comment below!

What a horrible lift experience. Selfishness knows no bounds 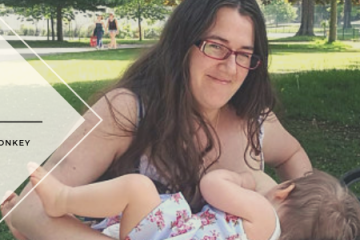 The End of Breastfeeding the Monkey

For just over 2 years ago I have been breastfeeding LO but now it seems our journey has come to an end. When I became pregnant I always planned to try and never thought, based Read more… 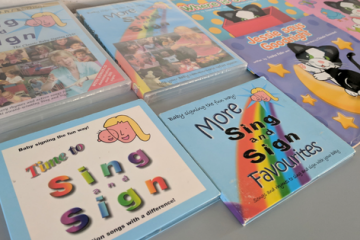 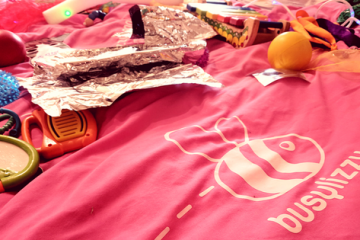 I am always trying to find new classes and things to entertain my girl – this week I went to an open day run by Busy Lizzy. Since I have been young, sign language has Read more…