Babies are exciting for a lot of people – sometimes though you need to set boundaries with family and friends.

This weekend I was visited by my dad – this is only the second time I have seen him since getting pregnant due to how far away he lives. It was however the first time I had to set clear boundaries with him over bump.

My dad is really excited about bump – she will be his first grandchild. It is no surprise then that he wants to meet her and can’t wait to hold her in his arms.

He has been trying to work out when to come down and visit before she arrives so when a family wedding was going on locally, it made sense to pop by for a visit. He had tried to come down for my birthday but with Sam having planned a lovely relaxing last birthday of just the two of us this was the first free time we both had for him to come and visit. 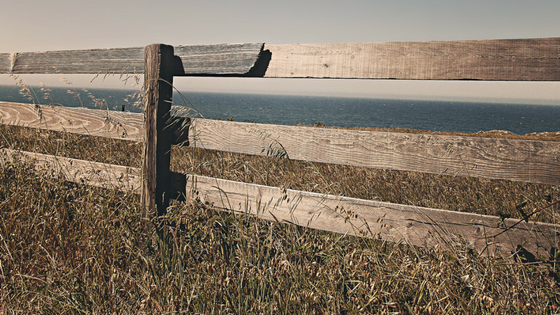 The night before BF had tried a VR headset for the first time and had VR sickness even the next morning so I left him to snooze and recover while I met up with my dad, aunt/step-mother and cousin/step-sister outside my building. We headed to a cafe for some drinks and some food. They gave me some thoughtful birthday gifts and enjoyed some good food and drinks. They also happened to enjoy making fun of what some people were wearing or doing with their hair – something that I didn’t enjoy.

With everyone watered and fed, I took them down to the sea front and they explored some of the boutique shops they wouldn’t find anywhere else. My aunt found a great hat for their upcoming holiday to Singapore to visit my cousin currently living out there. Along with some retail therapy they also enjoyed some more mocking as people wearing things slightly unusual to them walked by. They do live in Bournemouth so aren’t used to even the slightly querky but it was still hard to listen to their comments and giggles. I should be used to this from them – they had a habit of commenting on my sister’s choice of red hair colours in the past.

Soon enough though, with a long journey ahead of them and them worried about tiring preggers out we head back to my building.  This was when conversation turned to the upcoming arrival of bump. My dad told me to message him the instant I went into labour.

Now since we planned having a bump, the idea of a very private birth was the only option on the cards. It is actually really good decision as many have found that it makes labour shorter, easier and involve less pain relief or intervention. Basically unless you really want someone there and involved, it is best to not have those classic TV scenes of everyone sitting in the waiting room. The same can be said for getting constant calls or messages asking if little one has arrived yet – it has been shown to actually delay babies arriving due to the stress induced.

Normally standing up to my dad is hard or close to impossible yet I was able to say no. I think this defiance shocked him and he kept on and on pushing that I had to message or call him the instance I went into labour. Again and again I was able to stand my ground with a clear no. My aunt tried too – she even tried to use my mum as an excuse to telling them.

“But you’ll be telling your mum so…”

“No I won’t be telling anyone – only me and Sam will know so not even mum will be told and she’s fine with that.”

Yeap, I threw a spanner in the works and now their biggest argument was off the table. There was a few seconds of jaw dropping silence from them as it really dawned on them – no one was going to know until she arrived.  It did lead on to their final argument of “but we have to know as soon as possible so we can come down and meet her as soon as possible!”

This lead on to the next boundary that needed to be set – I am going to have a few days of recovery where I don’t want any guests. Little one and BF may be fine but I am going to be exhausted from the labour and the lack of sleep from her regular feeds. While I know everyone is going to be super excited but I have to think about my health and well being – guests are not going to help. On top of my health, me and BF will be trying to find our way as parents and change from just a couple to a family.

It was clear though that my dad wanted to see her first – he is so excited about meeting her but also would love to be able to boast meeting her first. He even outright said that he wanted to meet her before anyone else – this isn’t a case of reading between the lines.

Again I was faced with silence as the news sunk in before they tried to change my mind with arguments that they had to meet little one first or as soon as humanly possible. They said how they were coming down to meet her as soon as they knew only to be met with a clear no.

While I was stubborn, I remained polite – I wasn’t having any visitors for a few days so that I could recover. When they said they would give me a day to recover, I frowned and repeated how I was going to have a few days of no visitors, even family, and how Sam was going to be on door duty until I felt well enough. It would have continued round but their parking was running out so as they left and said good bye there were quips of “Text me Owww when you go into labour so we can meet her as soon as possible!”

It was as if having the last word was going to change my mind but I just called out “Sam will call when she arrives! Goodbye!” While I know having the last word isn’t a way to win an argument, it just felt like I needed to confirm about the boundaries that I was setting for my and my bump’s well being. It was a shame as this was how their trip ended – me having to stay strong with setting boundaries.

Pregnancy seems to be a time when people ignore normal and acceptable boundaries – I have had my fair share of questions about my sex life from family members to rubbing my bump without asking. Boundaries seem to be an issue that many pregnant ladies deal with so luckily with the internet today I have been able to get great advice to ward off a lot of certain situations but it is crazy that this is something no one warns you about when it comes to pregnancy.

I was still so proud though with stating and sticking to my boundaries – this is something I have struggle with so for me it was amazing to come away sticking to my guns. Pregnancy seems to have helped me set and keep boundaries, which is a crazy side effect I never would have considered happening. Maybe it is the joys of coming motherhood and preparing for having to set boundaries with little one.

Have you had to set boundaries during your pregnancy? Did you have family members who wanted to be there for the birth that you didn’t? Have you regretted setting or not setting boundaries? I would love to hear from you so leave a comment below!

I totally understand this post. I am 34 weeks now and we will also be keeping labour to ourselves and rest for a few days before visitors. If I have to stay in hospital I don’t want visitors except for my husband.