It’s my birthday! But what do you do and get for a heavily pregnant lady for her birthday when her life is about to change. Find out how my partner managed just this.

I love birthdays – the idea of finding the perfect gift for someone and celebrating another year of them existing in my life is always so wonderful. My birthday though is a different kettle of fish. 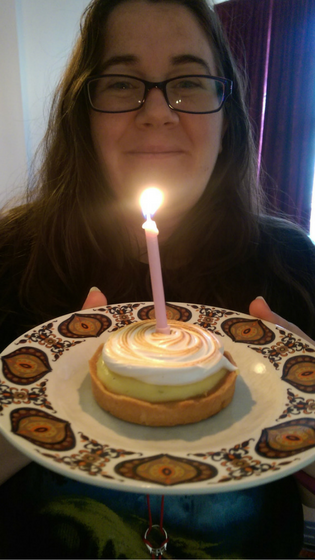 When I was 14 my parents split 5 days after and were arguing the whole time. Since then birthday’s have been a sore time of the year for lots of reasons.

My dad and aunt have an anniversary a week before so are always off away but also appeared to put little effort, money or time into celebrating it. My mum was trying to raise me on next to nothing and dealing with her own memories of my 14th birthday playing on both our minds.

From GCSE’s all through university it would always be the exam period so little was really done to celebrate it.

Since I have graduated birthdays have been better, especially since meeting BF. He’s not into shopping in actual shops though so depends on Amazon delivering things on time. This time he did the same but happily this year they both turned up on time. Unfortunately for him though the gifts that he choose didn’t come with a gift wrap option so he had to try his hand at wrapping presents – something that is really not his strong point.

This year my birthday started on Saturday when just before I was headed off to the chemist to grab something for the crazy heartburn that was really making me sick, the doorbell went and it was a delivery man. Buzzing him up I waited at the door wondering what the hell it could be – Sam’s presents had arrived in a little Amazon box in the morning. It was obvious straight away what it was though as the man came up  the stairs as he was holding a huge bunch of flowers.

My mum had adored some amazing flowers for me and they were so beautiful Turned out that she had set some very specific requirements too to make sure that they weren’t pink or would make the very pregnant me nauseous. It was so thoughtful and cheered me up when I had been feeling really rotten from the heartburn.

Waking up the next day I got to open up my two presents both wrapped in the best way that he has managed in the last 4 and a half years. So what do you get a nerd who is 7/8 months pregnant with their first baby that doesn’t want any baby items – games for her DS.

That’s right I got Harvest Moon and Animal Crossing for my DS to play. He had really put a lot of thought into what to get me as he has recently been playing Stardew Valley to cheer me up and these were the two games that inspired it. They were also games  that I would be able to play even when the baby is here and I wouldn’t struggle with but enjoy.

After some breakfast in bed, which of course with my nausea meant weetabix, I played my new games for a bit before we headed into town for some lunch. Now while I would adore to go to a restaurant normally, I really didn’t feel like it this time. For me I wanted ham, cheese and bagel – that is right I wanted a Bagelman. It may seem like a silly choice but for me I have many happy memories of catching up on lunch with BF eating a Bagelman on the beach and the idea of sitting somewhere busy inside with the smell of other people’s food making me nauseous was not something I looked forward to.

We headed to Bagelman but BF couldn’t find anything he wanted so while I ordered mine, he popped up for a spicy wrap. With our food in hand we headed down to the beach and munched away and giggled. It was lovely – while it was dry and warm, it wasn’t overly sunny or warm so pregnant me was just right. 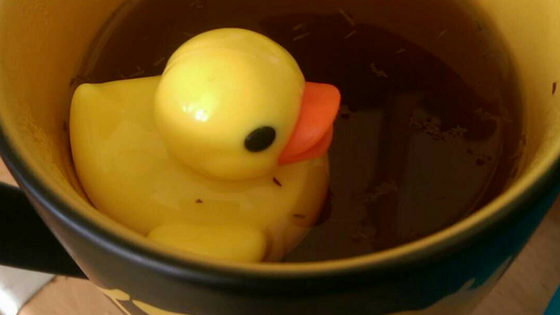 As we sat and enjoyed the sound of water running back and forth over stones, he showed me how he could split rocks using just his bare strength and other stones. For someone with really weak hands, I was so impressed seeing what he could manage using just a little bit of force and physics.

Once fed and watered we went to get up for the second part of his planned day of shopping! It would have been perfect if I hadn’t twisted my ankle getting up. Note to pregnant ladies – be careful of shingle beaches and twisting your ankle as it is so easy when your sense of gravity has changed so much.

Limping to an art shop on the beach I tried to rest my foot but it looked like his shopping plans might be out of the window. Making it up to the bus stop we sit to wait for a bus only for the heat from the glass and a braxton hicks hitting me that the thought of going on a bus went out the window. I’d rather limp home than get on a bus.

After the 5 minutes sat at the bus stop though my ankle was feeling a little better so we started to head home only to see that my favourite fabric shop was having a 50% sale! As BF hadn’t been able to take me to the other shops he told me we should go in. He knows how much I love sewing and just being creative in general so it was a perfect place to take me.

He’d never been in a fabric shop with me but after 15 minutes or so we had found a beautiful soft fabric that we both adored. It was a soft fluffy cotton fabric with an adorable cow print on it that not only was on sale but was perfect for making cute baby items from. I think BF was really happy with this last minute change of plan – he didn’t have to get dragged around a lot of shops but also got to help choose fabric that I would play with for once. With the cow fabric and a blue spotted fabric in hand we headed back on our way home.

I love tea and one of the few things I had said I wanted was more tea balls for brewing tea so as we neared Berts, he asked if I wanted to look in there for one. Sure enough they had an adorable cute floating duck tea ball. Back on the way home we grabbed some food as well as the new Star Wars film on DVD.

I’m not going to lie – an afternoon nap was needed even for our brief day out but upon waking up we had takeaway while watching Star Wars in bed.

Did you have a birthday while pregnant? What did you do? How did you celebrate? What issues did you have to deal with? Leave a comment below as I would love to hear from you!